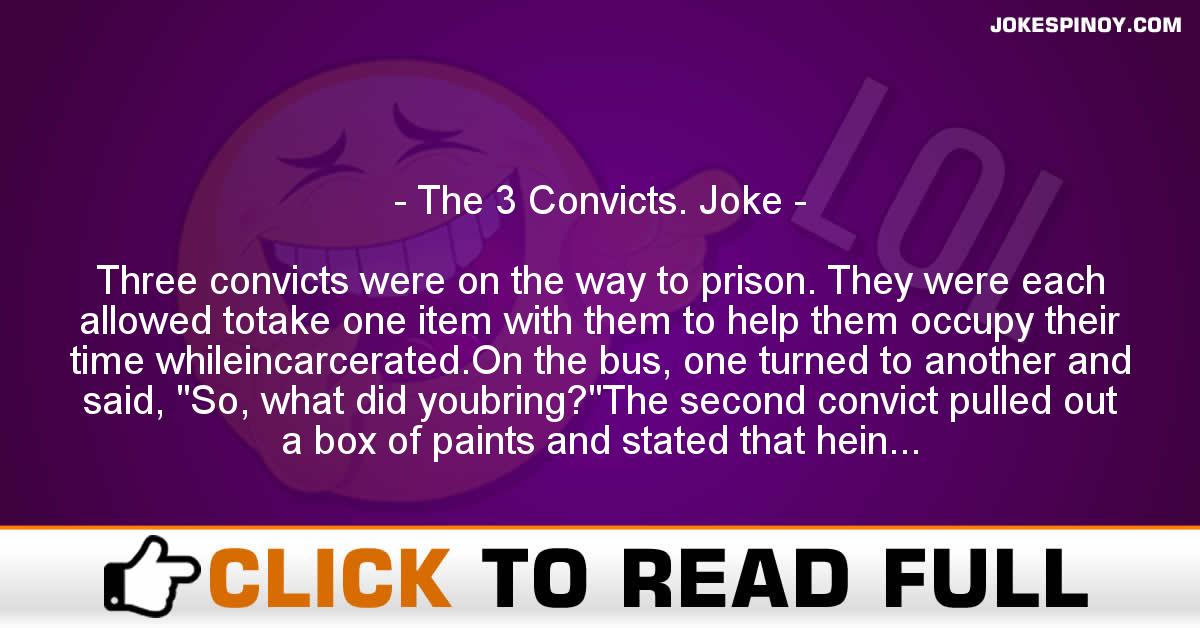 Three convicts were on the way to prison. They were each allowed totake one item with them to help them occupy their time whileincarcerated.On the bus, one turned to another and said, “So, what did youbring?”The second convict pulled out a box of paints and stated that heintended to paint anything he could. He wanted to become the”Grandma Moses of Jail”.Then he asked the first, “What did you bring?”The first convict pulled out a deck of cards and said, “I broughtcards. I can play poker, solitaire, gin, and any number of games.”The third convict was sitting quietly aside, grinning to himself.The other two took notice and asked, “Why are you so smug? What didyou bring?”The guy pulled out a box of tampons and smiled. He said, “I broughtthese!”The other two were puzzled and asked, “What on earth can you do withthose?”He grinned and pointed to the box and said, “Well according to thebox.. I can go horseback riding, swimming, roller-skating….”