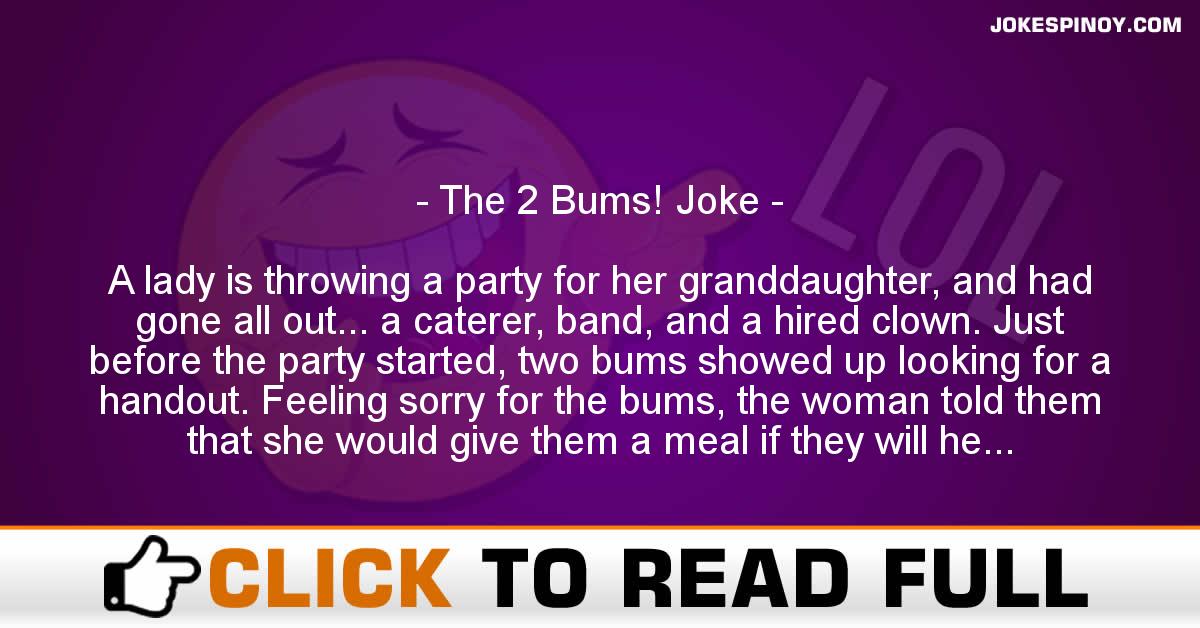 A lady is throwing a party for her granddaughter, and had gone all out… a caterer, band, and a hired clown. Just before the party started, two bums showed up looking for a handout. Feeling sorry for the bums, the woman told them that she would give them a meal if they will help chop some wood for her.Gratefully, they headed to the rear of the house.The guests arrived, and all was going well with the children having a wonderful time. But the clown hadn’t shown up. After a half an hour, the clown finally called to report that he was stuck in traffic, and would probably not make the party at all.The woman was very disappointed and unsuccessfully tried to entertain the children herself. She happened to look out the window and saw one of the bums doing cartwheels across the lawn. She watched in awe as he swung from tree branches, did midair flips, and leaped high in the air.She spoke to the other bum and said, “What your friend is doing is absolutely marvelous. I have never seen such a thing. Do you think your friend would consider repeating this performance for the children at the party? I would pay him $50!”The other bum says, “Well, I dunno. Let me ask him -HEY WILLIE! FOR $50, WOULD YOU CHOP OFF ANOTHER TOE?”