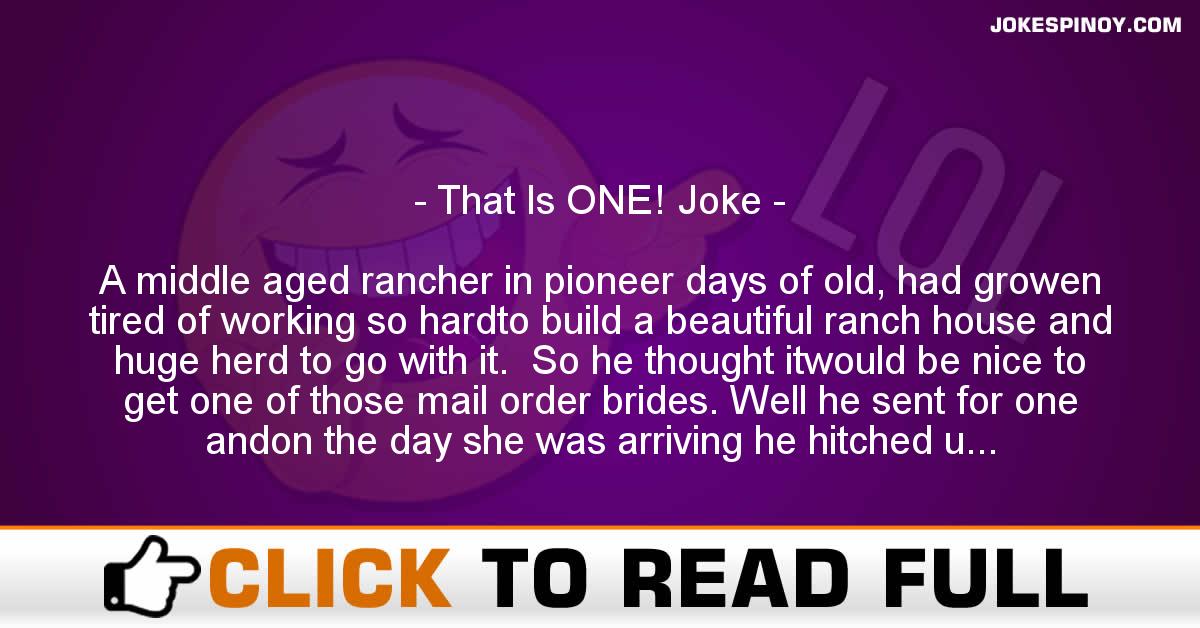 A middle aged rancher in pioneer days of old, had growen tired of working so hardto build a beautiful ranch house and huge herd to go with it. So he thought itwould be nice to get one of those mail order brides. Well he sent for one andon the day she was arriving he hitched up his horse and buggy and headed for thenearest train station. After meeting his new bride, he loaded all her bags intothe wagon and then headed for thier honeymoon home. They had traveled only twomiles when the horse stumbled, and the rancher got out and whipped the horse toits feet. He looked at the horse and said “THATS ONE” and got back in the wagonsmiled at the woman and continued on thier way. They traveled only another twomiles when the horse stumbled again, and again the rancher got out of the wagonto whip the horse to its feet, telling the horse “THATS TWO”. He took his seatbeside his new bride and continued on thier way. After traveling another twomiles the horse stumbled for the third time. The rancher got out of the wagoncarrying his rifle, he walk up to the horse and shot it right between the eyes,saying”THATS THREE”. He turn to the wagon only to hear his new bride say “whyin the hell did you do that for, now we have to walk”. The rancher turn to thewoman and said “THATS ONE”.