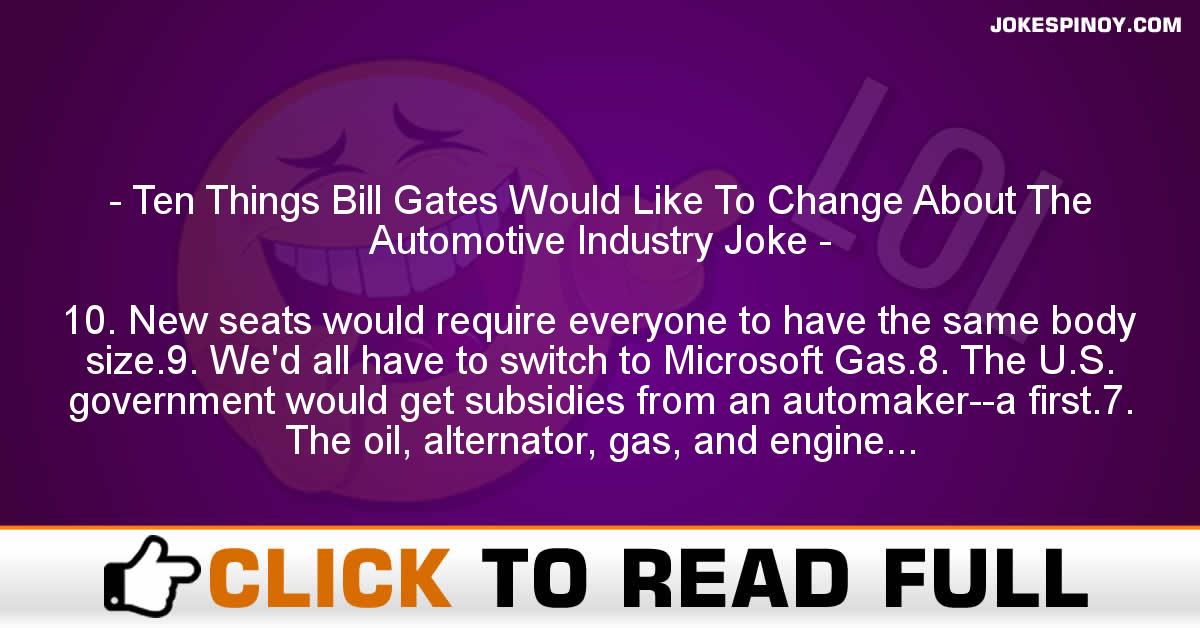 10. New seats would require everyone to have the same body size.9. We’d all have to switch to Microsoft Gas.8. The U.S. government would get subsidies from an automaker–a first.7. The oil, alternator, gas, and engine warning lights would be replaced by a single “General Car Fault” warning light.6. Sun Motorsystems would make a car that was solar-powered, twice as reliable, five times as fast, but ran on only 5% of the roads.5. You would be constantly pressured to upgrade your car.4. You could have only one person in the car at a time, unless you bought Car 95 or CarNT – but then you would have to buy more seats.3. Occasionally your car would die for no apparent reason and you would have to restart it. Strangely, you would just accept this as normal.2. Every time the lines on the road were repainted, you’d have to buy a new car.1. People would get excited about the new features of Microsoft cars, forgetting that the same features had been available from other carmakers for years.