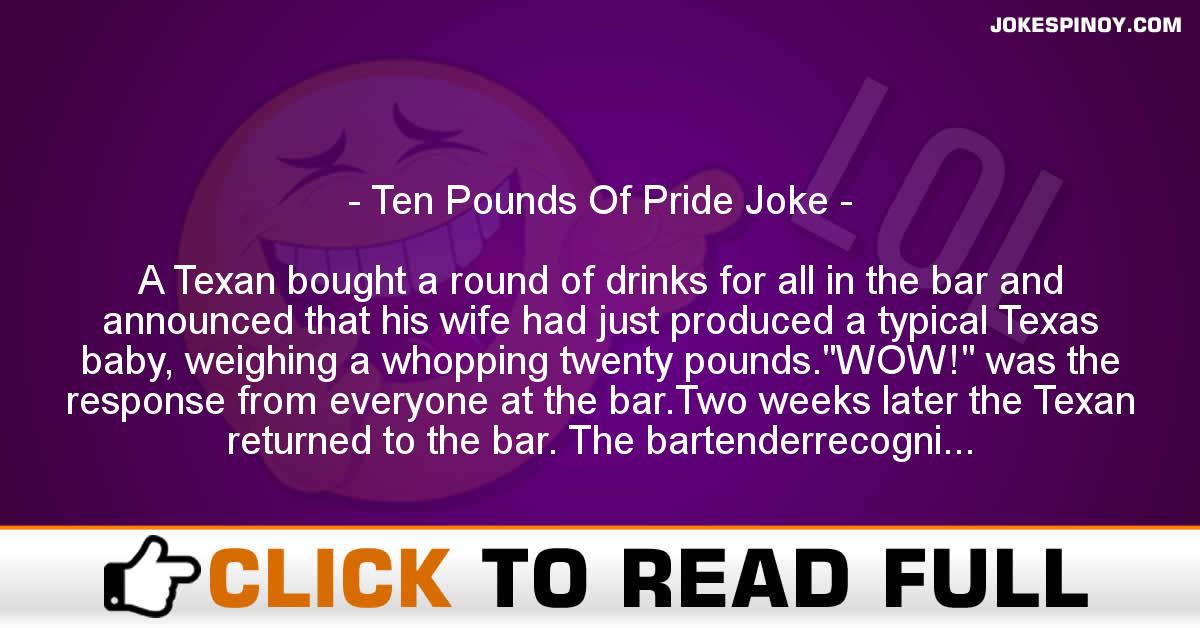 A Texan bought a round of drinks for all in the bar and announced that his wife had just produced a typical Texas baby, weighing a whopping twenty pounds.”WOW!” was the response from everyone at the bar.Two weeks later the Texan returned to the bar. The bartenderrecognized him and asked, “Aren’t you the father of the baby that weighed twenty pounds at birth? How much does he weigh now?” The proud father answered, “10 pounds.”The bartender said, “Why? I know that babies lose some weight after birth, but ten pounds? He did weigh twenty pounds, didn’t he? What happened?The proud Texas father said, “Just had him circumcised!”