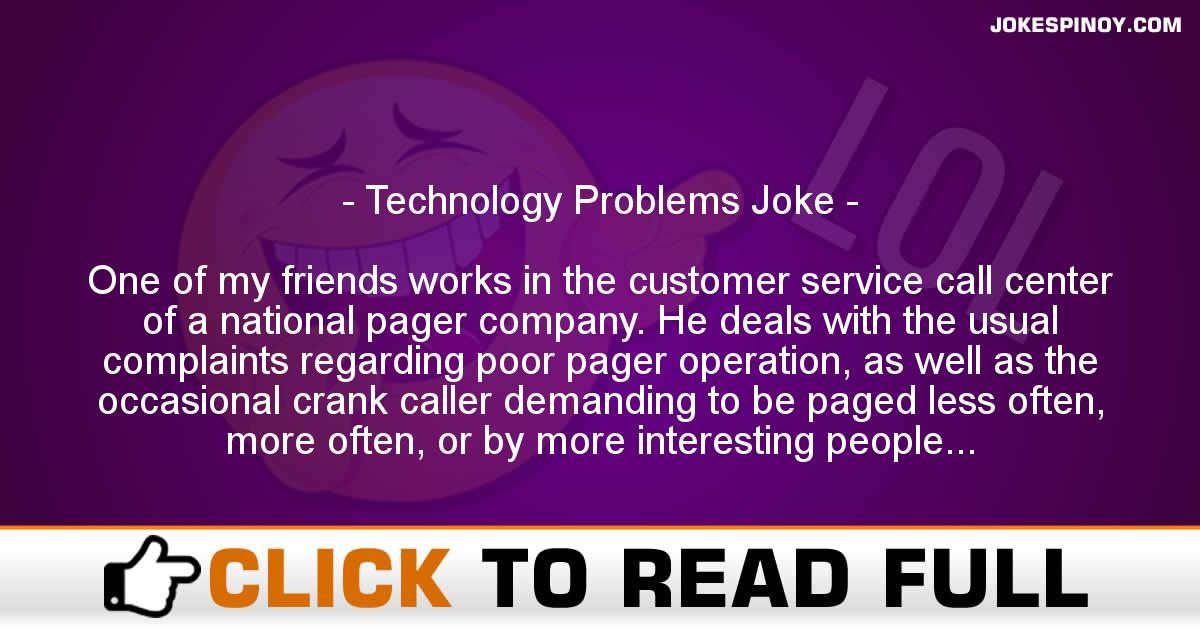 One of my friends works in the customer service call center of a national pager company. He deals with the usual complaints regarding poor pager operation, as well as the occasional crank caller demanding to be paged less often, more often, or by more interesting people. The best call came from a man who repeatedly complained that he keeps being paged by “Lucille.” He was instructed that he would have to call her and tell her to stop paging him. “She don’t never leave no number, so I can’t call her back,” he said. After three such calls, someone thought to ask how he knew it was Lucille if she didn’t leave a number. “She leaves her name,” was the reply. After establishing that the customer had a numericonly pager, the light bulb came on. “How does she spell her name?” the service rep asked. “L-O-W C-E-L-L” Another problem solved.