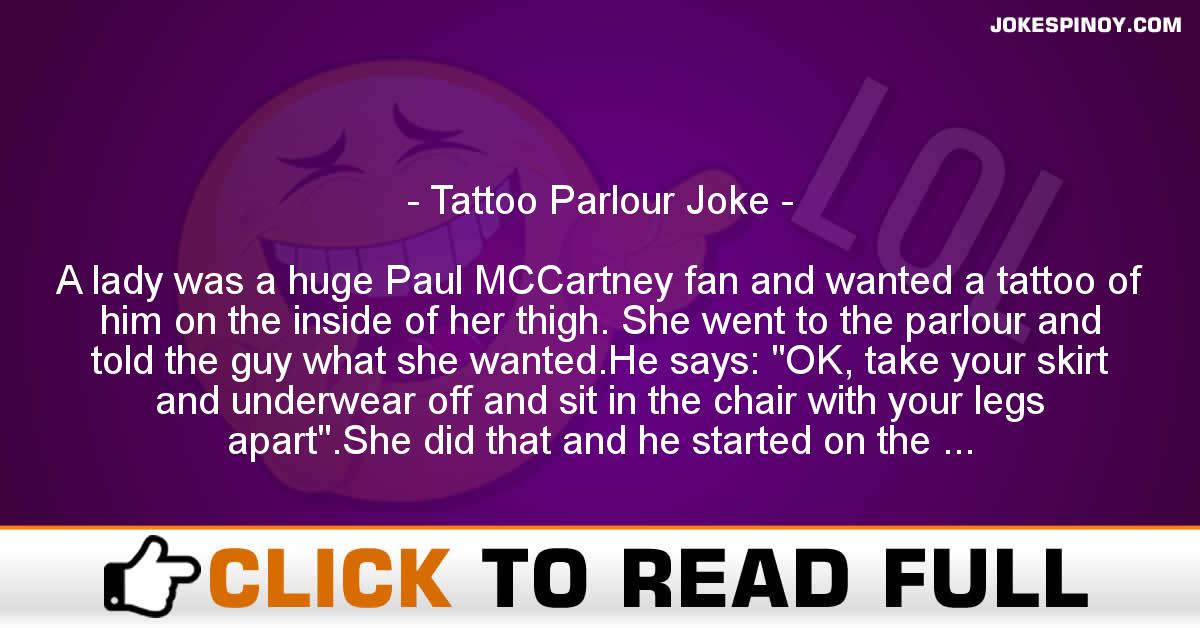 A lady was a huge Paul MCCartney fan and wanted a tattoo of him on the inside of her thigh. She went to the parlour and told the guy what she wanted.He says: “OK, take your skirt and underwear off and sit in the chair with your legs apart”.She did that and he started on the tattoo. Pretty soon he’s done, blows off the dust and admires his work.”Who the heck’s that?” she says.”It’s Paul McCartney”, he replies.”Doesn’t look like him at all” says she. “Now get it right or I’ll report you”.So the tattooist starts on the other thigh. Really trying hard to do a better job. Finally he’s done, blows off the dust and feels pretty good.The woman is pissed off “No way that’s Paul Mccartney” she says.”It bloody well is” says the man. “Listen I’ll get a second opinion”He goes out of his store and grabs the first person he sees. The guy is a drunk who’s been stumbling along the sidewalk. The tattooist drags the drunk into his store. There’s the woman, sitting legs apart with nothing on below her waist.The tattoist says to the drunk (pointing at the womans legs)…”Tell me who the hell you think that is”.The drunk says (in a drunken slur voice), “I’ve no idea who the people are on her thighs but the guy in the middle is a dead ringer for Willie Nelson”!