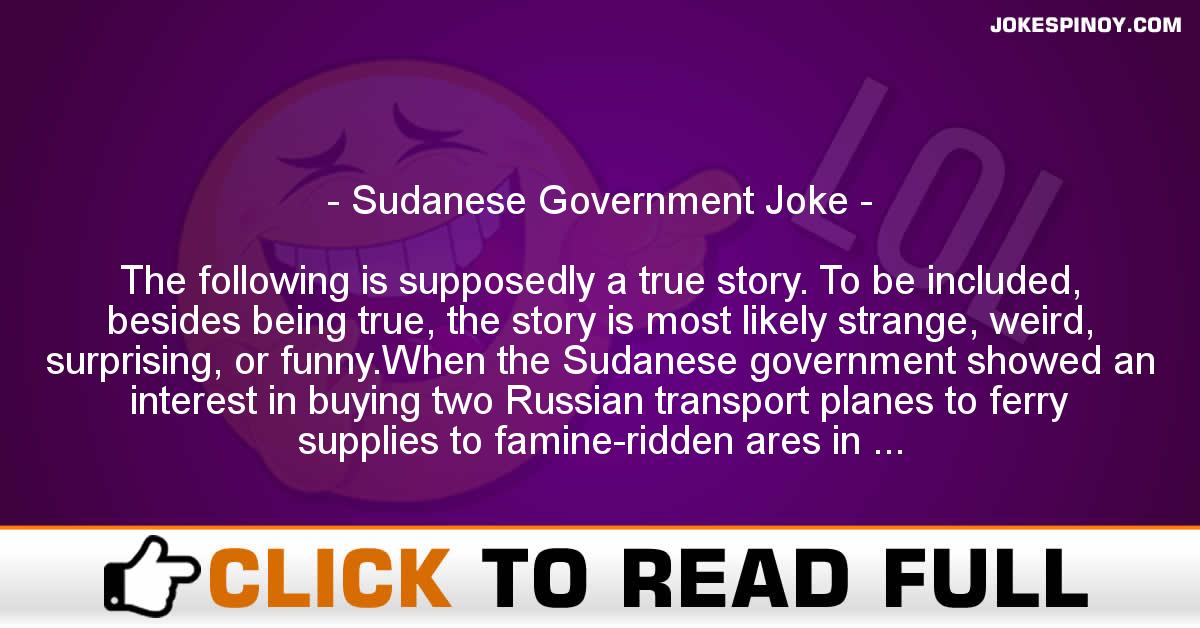 The following is supposedly a true story. To be included, besides being true, the story is most likely strange, weird, surprising, or funny.When the Sudanese government showed an interest in buying two Russian transport planes to ferry supplies to famine-ridden ares in the south, the acting Soviet amba*sador allowed the Sudanese to test-fly the aircraft. They flew to rebel-held Yirol and bombed the city, pushing bombs out of the cargo doors.