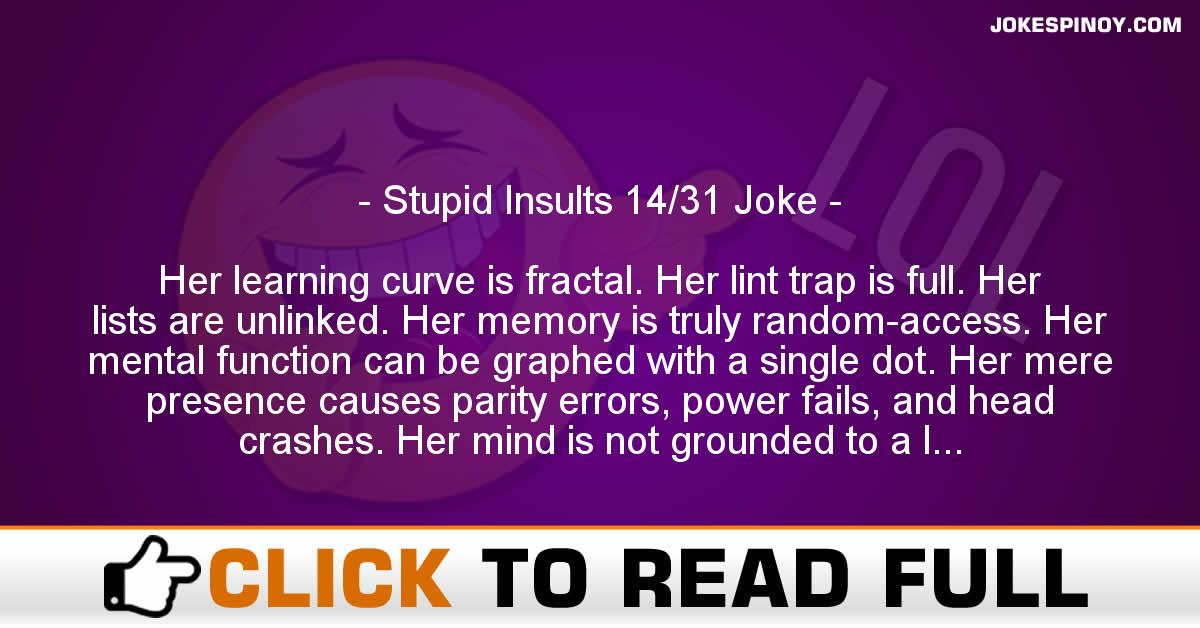 Her learning curve is fractal. Her lint trap is full. Her lists are unlinked. Her memory is truly random-access. Her mental function can be graphed with a single dot. Her mere presence causes parity errors, power fails, and head crashes. Her mind is not grounded to a logic supply. Her mind might have spontaneously combusted. Her mind would be unstable even mounted on a tripod. Her modem lights are on but there’s no carrier. Her objects are not fully oriented. Her phone doesn’t quite reach her desk. Her random access is the same as her sequential access. Her sewing machine’s been out of thread for some time now. Her ski lift doesn’t go to the top of the hill. Her stack has been corrupted. Her synapses are about that far apart. Her system file has zero bytes. Her tires are a little low. Her wipers don’t touch the gla*s. Her word length is zero bits. Hid behind the door when they pa*sed out brains. High relative humidity… He’s lost in a fog. His .sig is long, boring, and stupid, but it’s the best part of his postings. His access light’s on, but the drive isn’t spinning / is still spinning up. His accumulator overflows at zero. His actual mileage varies. His antenna/radio doesn’t pick up all the channels/stations. His boot block is in a bad sector. His brackets are mismatched.