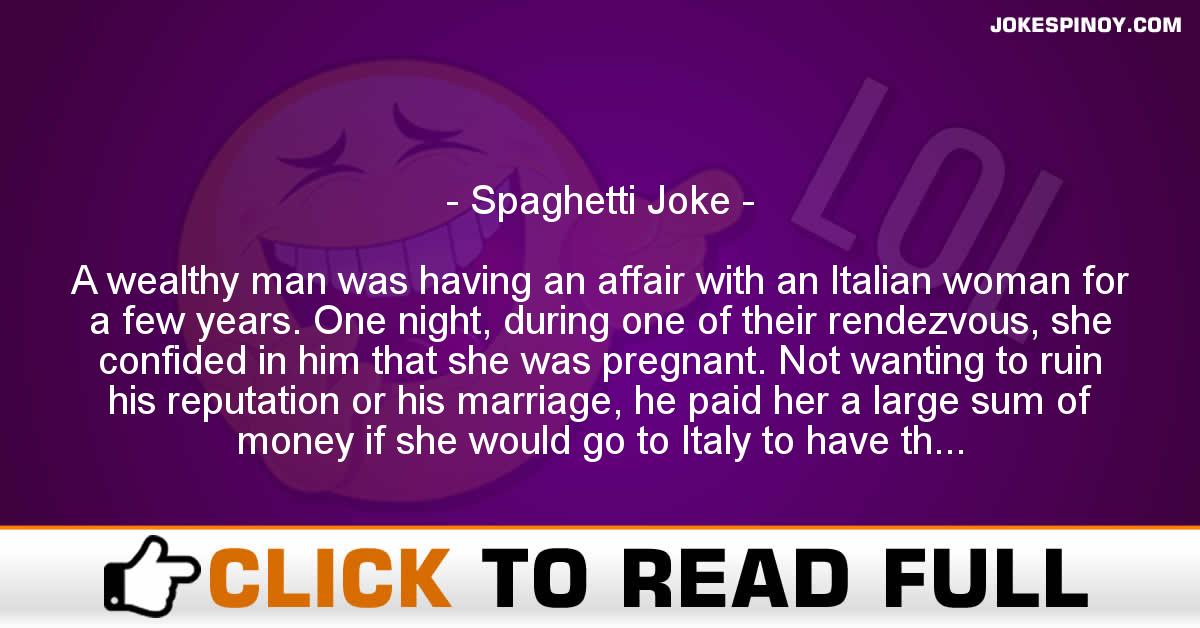 A wealthy man was having an affair with an Italian woman for a few years. One night, during one of their rendezvous, she confided in him that she was pregnant. Not wanting to ruin his reputation or his marriage, he paid her a large sum of money if she would go to Italy to have the child. If she stayed in Italy, he would also provide child support until the child turned 18. She agreed, but wondered how he would know when the baby was born. To keep it discrete, he told her to mail him a post card, and write “” on the back. He would then arrange for child support. One day, about 9 months later, he came home to his confused wife. “Honey,” she said, “you received a very strange post card today.” “Oh, just give it to me and I’ll explain it later,” he said. The wife obeyed, and watched as her husband read the card, turned white, and fainted. On the card was written “, , . Two with meatballs, one without.”