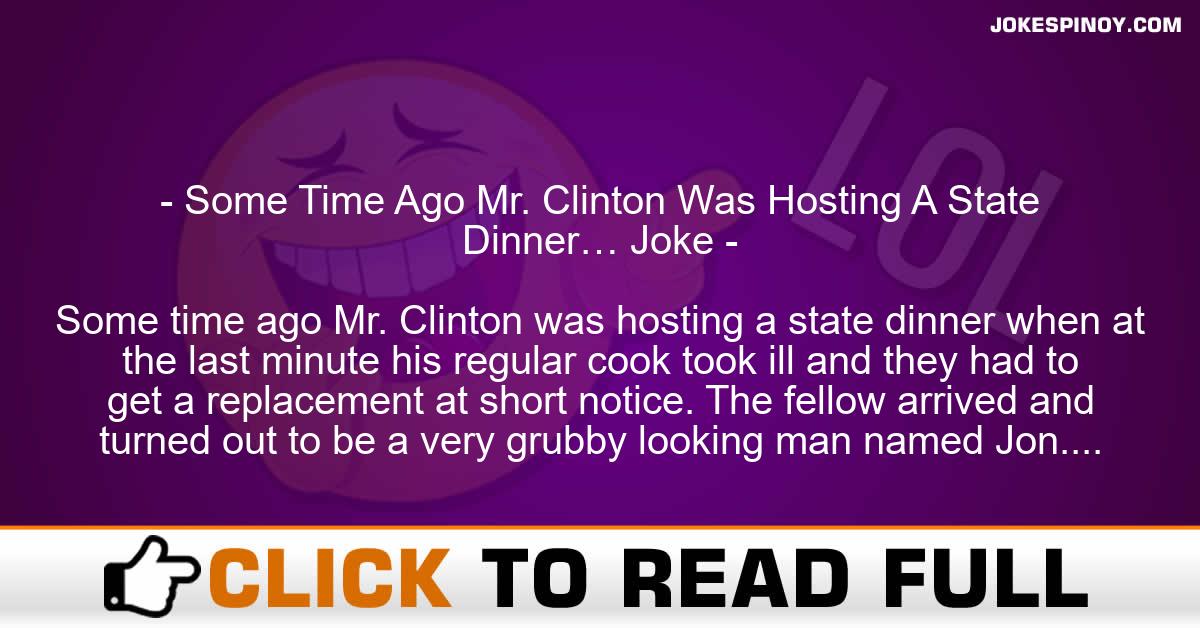 Some time ago Mr. Clinton was hosting a state dinner when at the last minute his regular cook took ill and they had to get a replacement at short notice. The fellow arrived and turned out to be a very grubby looking man named Jon. The President voiced his concerns to his chief of staff but was told that this was the best they could do at such short notice.Just before the meal, the President noticed the cook sticking his fingers in the soup to taste it and again he complained to the chief of staff about the cook, but he was told that this man was supposed to be a very good chef. The meal went okay but the President was sure that the soup tasted a little off, and by the time dessert came, he was starting to have stomach cramps and nausea.It was getting worse and worse till finally he had to excuse himself from the state dinner to look for the bathroom. Pa*sing through the kitchen, he caught sight of the cook, Jon, scratching his rear end and this made him feel even worse. By now he was desperately ill with violent cramps and was so disorientated that he couldn’t remember which door led to the bathroom. He was on the verge of pa*sing out from the pain when he finally found a door that opened and as he undid his trousers and ran in, he realised to his horror that he had stumbled into Monica Lewinsky’s office with his trousers around his knees.As he was just about to pa*s out, she bent over him and heard her president whisper in a barely audible voice, “sack my cook”.And that is how the whole misunderstanding occurred.