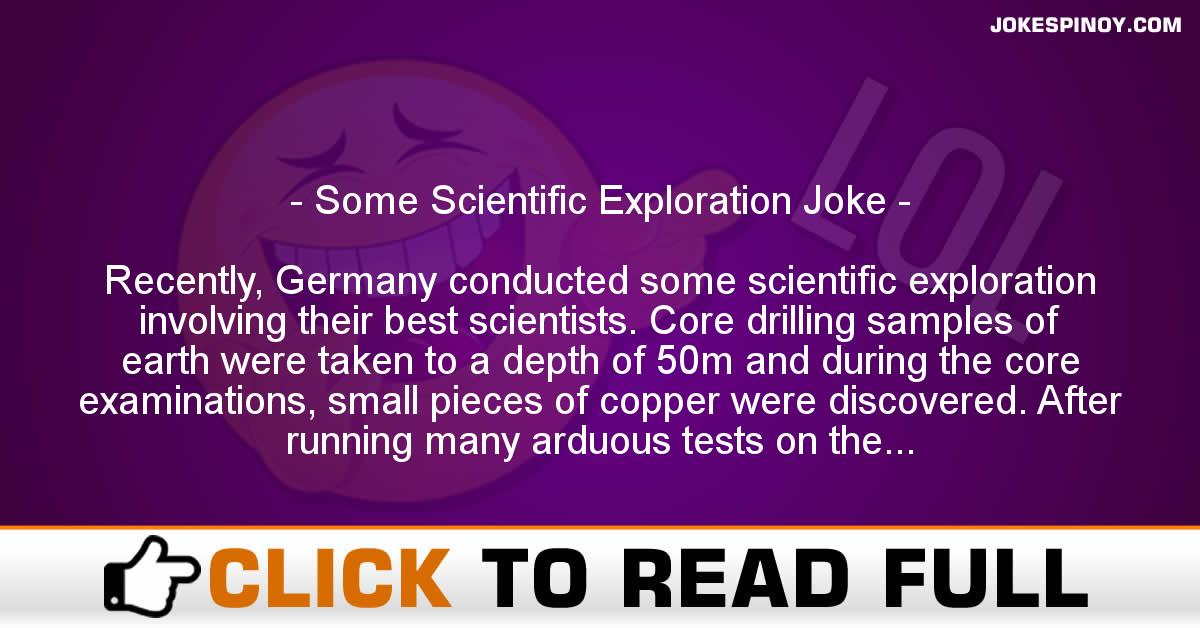 Recently, Germany conducted some scientific exploration involving their best scientists. Core drilling samples of earth were taken to a depth of 50m and during the core examinations, small pieces of copper were discovered. After running many arduous tests on these samples, the German government announced that the ancient Germans 25,000 years ago had a nationwide telephone network.Naturally, the British government was not that easily impressed. So they ordered their own scientists to take their core samples at a depth of 100m. From these samples, they found small pieces of gla*s and soon announced that the ancient Brits 35,000 years ago already had a nationwide optical fibre network. Irish scientists were outraged. So immediately after this announcement, they ordered their scientist to take samples at a depth of 200m but found absolutely nothing. They concluded that the ancient Irish 55,000 h years ago were an even more advanced civilisation, as they already had a mobile telephone network in place.