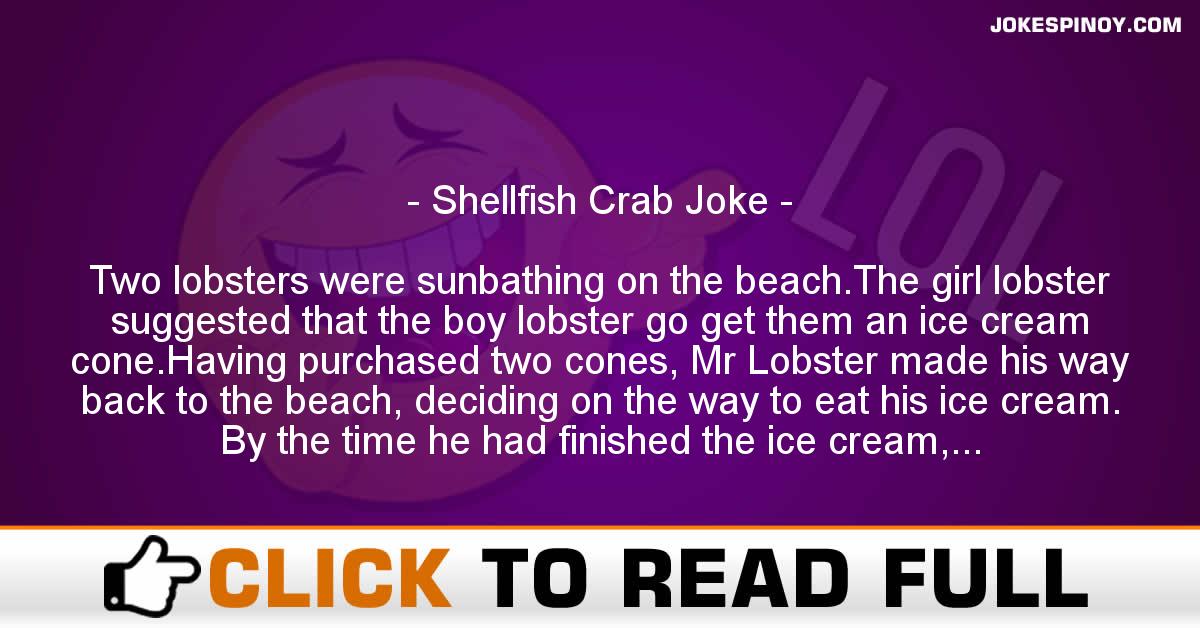 Two lobsters were sunbathing on the beach.The girl lobster suggested that the boy lobster go get them an ice cream cone.Having purchased two cones, Mr Lobster made his way back to the beach, deciding on the way to eat his ice cream. By the time he had finished the ice cream, he realized that his girlfriend’s had started to melt all down his claw, so he licked it up and ended up eating it too.When he arrived back at the beach Ms Lobster exclaimed “Where’s my ice cream cone?”Well”, he said. “I decided to eat mine, then yours melted so I ate that too.”She was incensed and cried “You shellfish bastard!!”