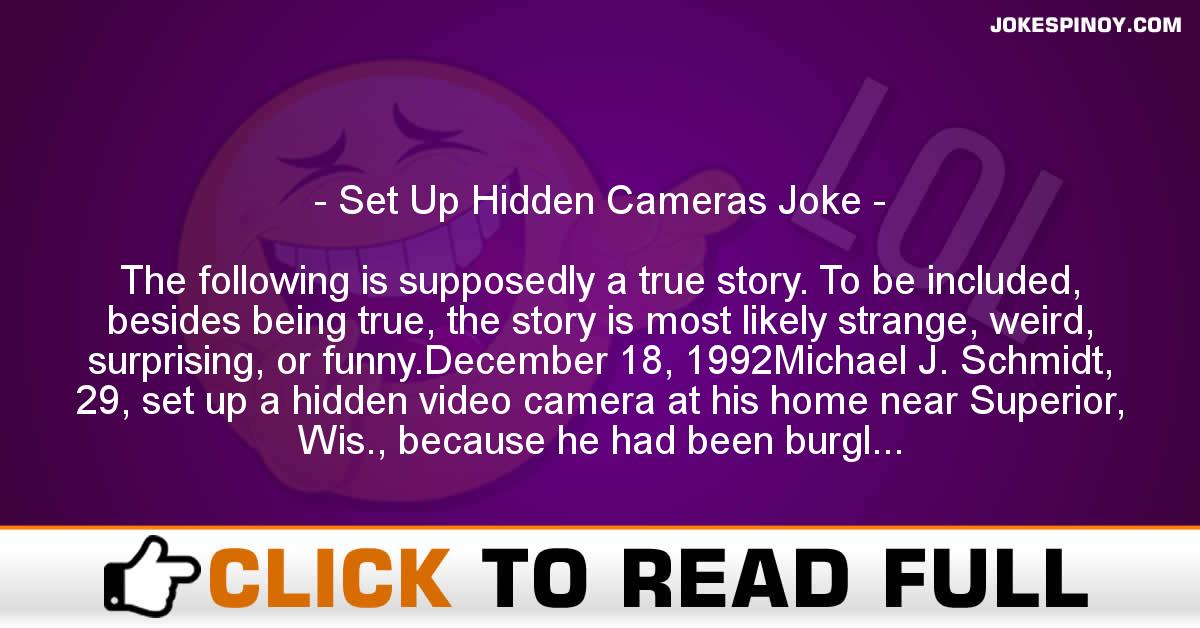 The following is supposedly a true story. To be included, besides being true, the story is most likely strange, weird, surprising, or funny.December 18, 1992Michael J. Schmidt, 29, set up a hidden video camera at his home near Superior, Wis., because he had been burglarized several times and thought he could catch the culprits in the act.The burglars came back and were captured on tape, which Schmidt turned over to the sheriff.Among the items the burglars took from Schmidt’s house was a box containing eight marijuana plants.Schmidt was charged with misdemeanor drug possession.