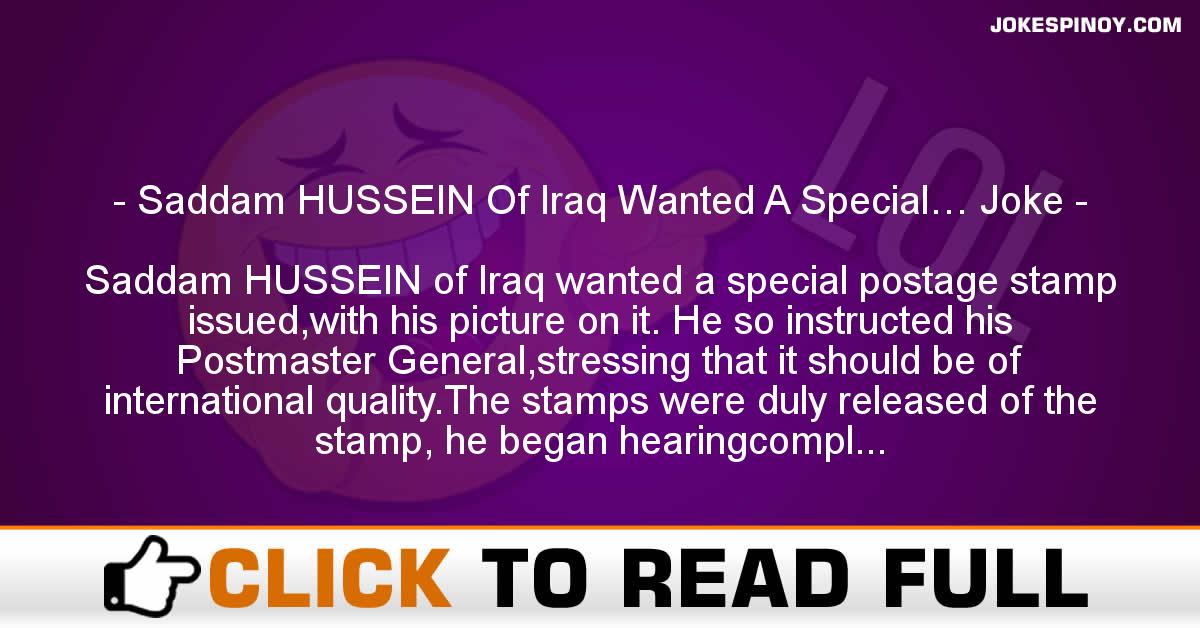 Saddam HUSSEIN of Iraq wanted a special postage stamp issued,with his picture on it. He so instructed his Postmaster General,stressing that it should be of international quality.The stamps were duly released of the stamp, he began hearingcomplaints that the stamp was not sticking properly, and becomefurious. He called the chief of the Secret Service and orderedhim to investigate the matter.The chief checked the matter out at several post offices, andthen reported on the problem to him.He said:” Sir, the stamp is really of international quality.The problem is, our citizens are spitting on the wrong side!”