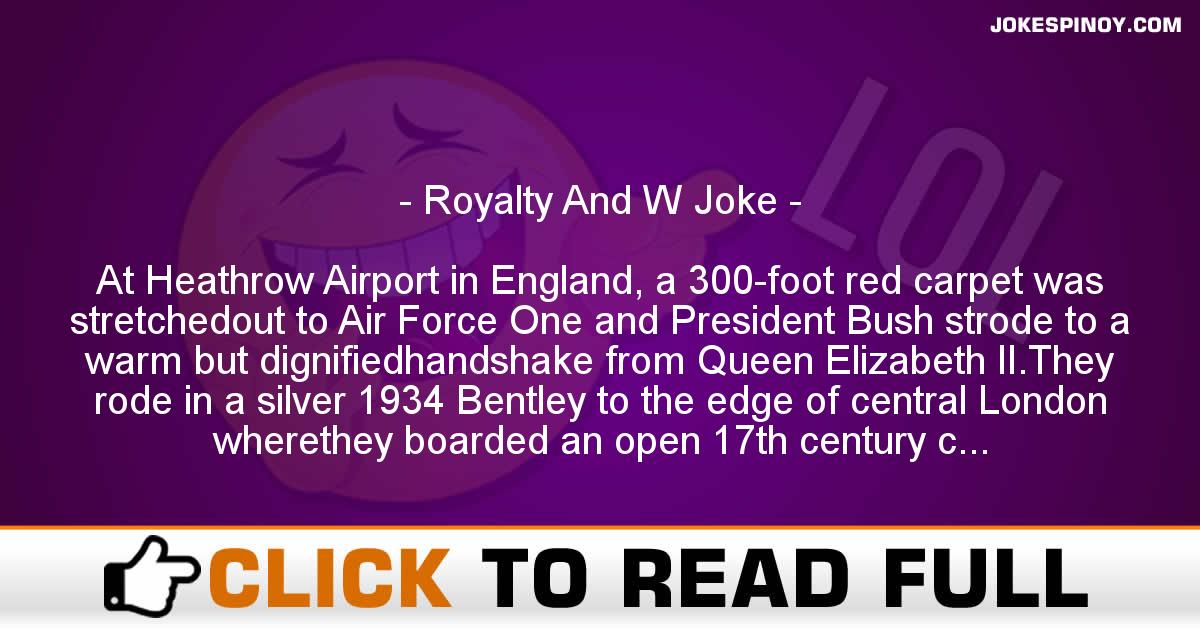 At Heathrow Airport in England, a 300-foot red carpet was stretchedout to Air Force One and President Bush strode to a warm but dignifiedhandshake from Queen Elizabeth II.They rode in a silver 1934 Bentley to the edge of central London wherethey boarded an open 17th century coach hitched to six magnificentwhite horses.As they rode toward Buckingham Palace, each looking to their side andwaving to the thousands of cheering Britons lining the streets, allwas going well. This was indeed a glorious display of pageantry anddignity.Suddenly the scene was shattered when the right rear horse let rip themost horrendous, earth-shattering, eye-smarting blast of flatulence,and the coach immediately filled with noxious fumes.Uncomfortable, but maintaining control, the two dignitaries did theirbest to ignore the whole incident, but then the Queen decided that wasa ridiculous manner with which to handle a most embarra*singsituation.She turned to Mr. Bush and explained, “Mr. President, please accept myregrets. I’m sure you understand that there are some things even aQueen cannot control.”George W., ever the Texas gentleman, replied, “Your Majesty, pleasedon’t give the matter another thought. You know, if you hadn’t saidsomething I would have a*sumed it was one of the horses.”