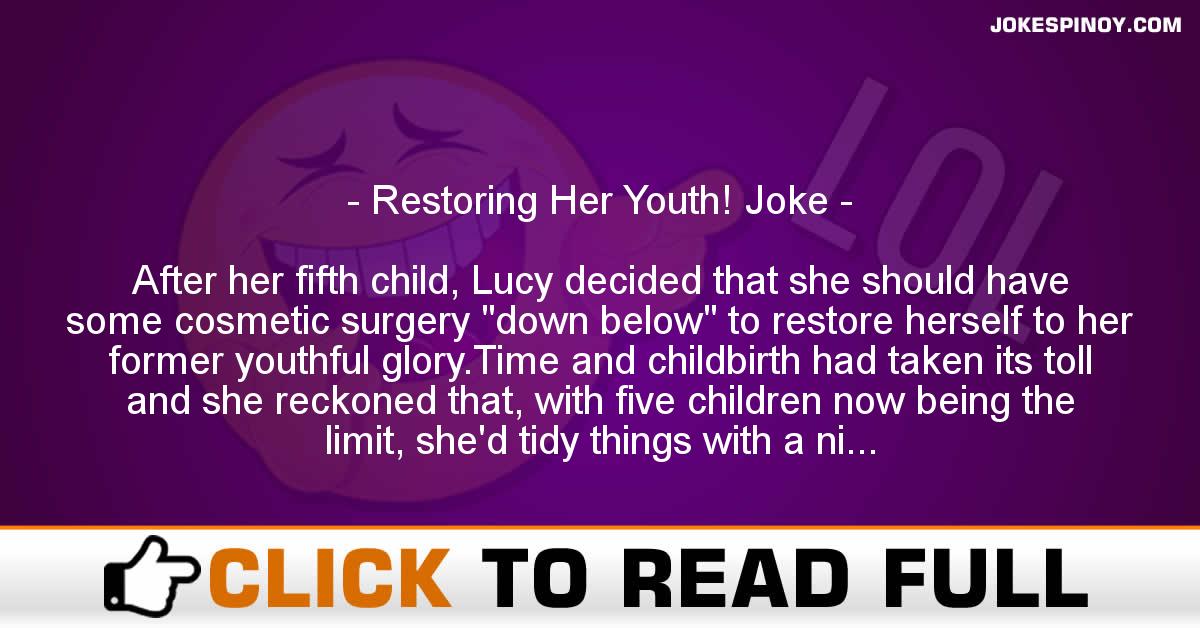 After her fifth child, Lucy decided that she should have some cosmetic surgery “down below” to restore herself to her former youthful glory.Time and childbirth had taken its toll and she reckoned that, with five children now being the limit, she’d tidy things with a nip here and a tuck there.Following the operation she awoke from her anaesthetic to find three roses at the end of the bed.Who are these from ?” she asked the nurse, “They’re very nice but I’m a bit confused as to why I’ve received them.””Well” said the nurse, “The first is from the surgeon – the operation went so well and you were such a model patient that he wanted to say thanks.””Ahhh, thats really nice” said Lucy.”The second is from your husband – he’s delighted the operation was such a success that he can’t wait to get you home. Apparently it’ll be the first time he’s touched the sides for years and he’s very excited!””Brilliant!” said Lucy. “And the third?””Thats from Eric in the burns unit” said the nurse.”He just wanted to say thanks for his new ears!”