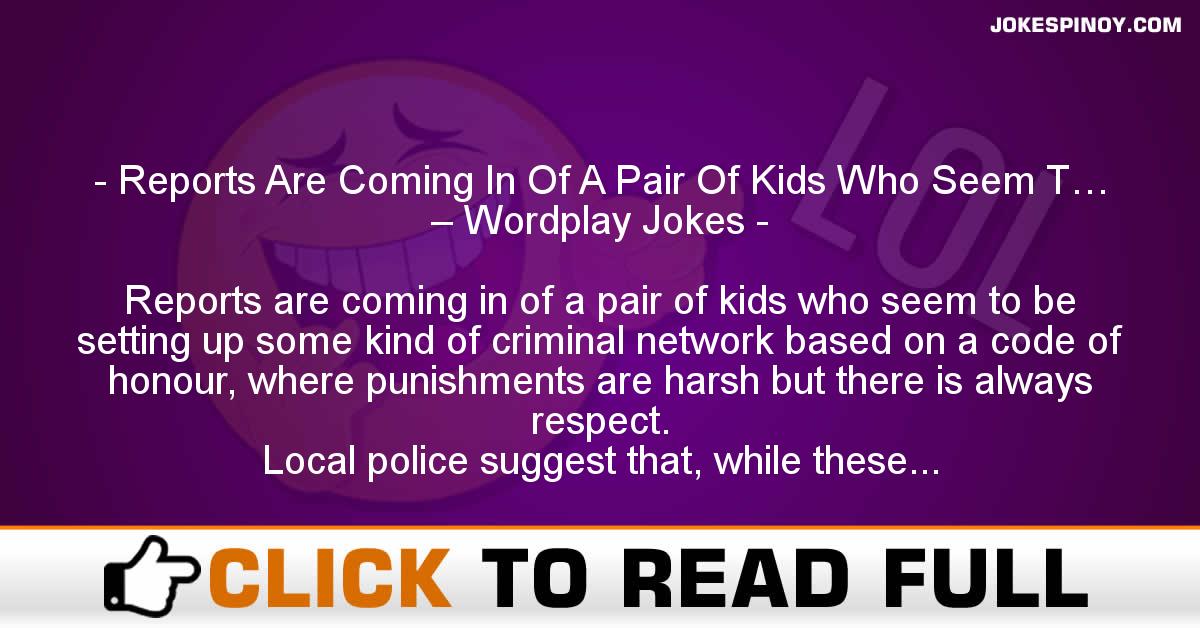 Reports are coming in of a pair of kids who seem to be setting up some kind of criminal network based on a code of honour, where punishments are harsh but there is always respect.
Local police suggest that, while these are heartening signs, it’s probably just symptomatic of a short-lived fad.
“We’ve seen this sort of Krays before,” said one official.