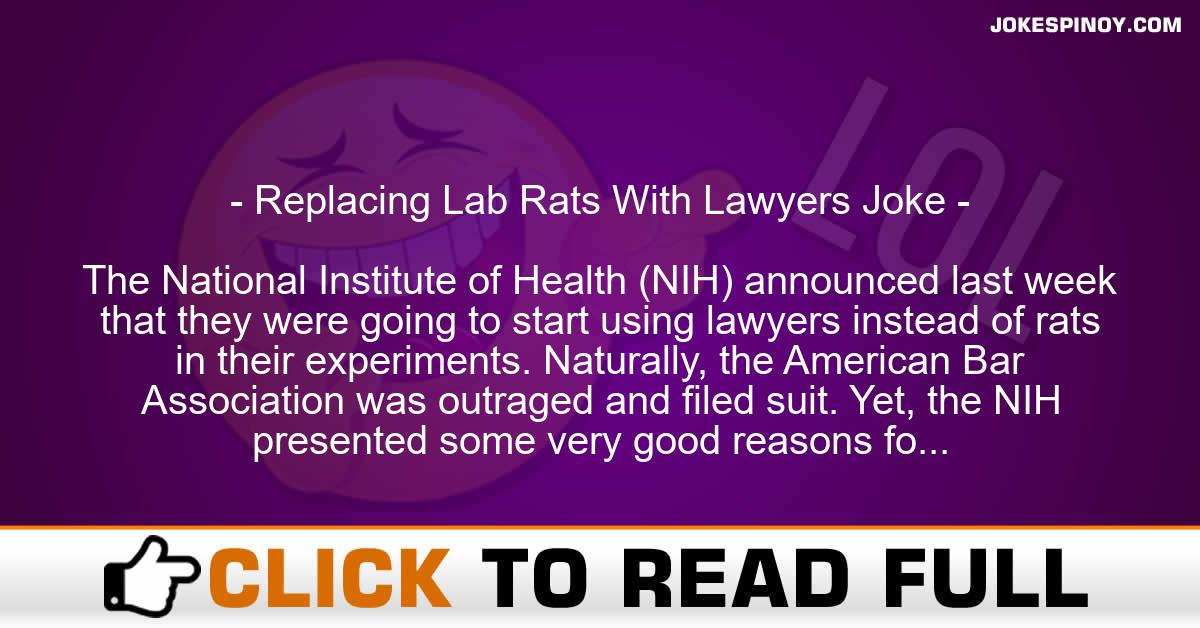 The National Institute of Health (NIH) announced last week that they were going to start using lawyers instead of rats in their experiments. Naturally, the American Bar A*sociation was outraged and filed suit. Yet, the NIH presented some very good reasons for the switch.1. The lab a*sistants were becoming very attached to their little rats. This emotional involvement was interfering with the research being conducted. No such attachment could form for a lawyer.2. Lawyers breed faster and are in much greater supply.3. Lawyers are much cheaper to care for and the humanitarian societies won’t jump all over you no matter what you’re studying.4. There are some things even a rat won’t do.