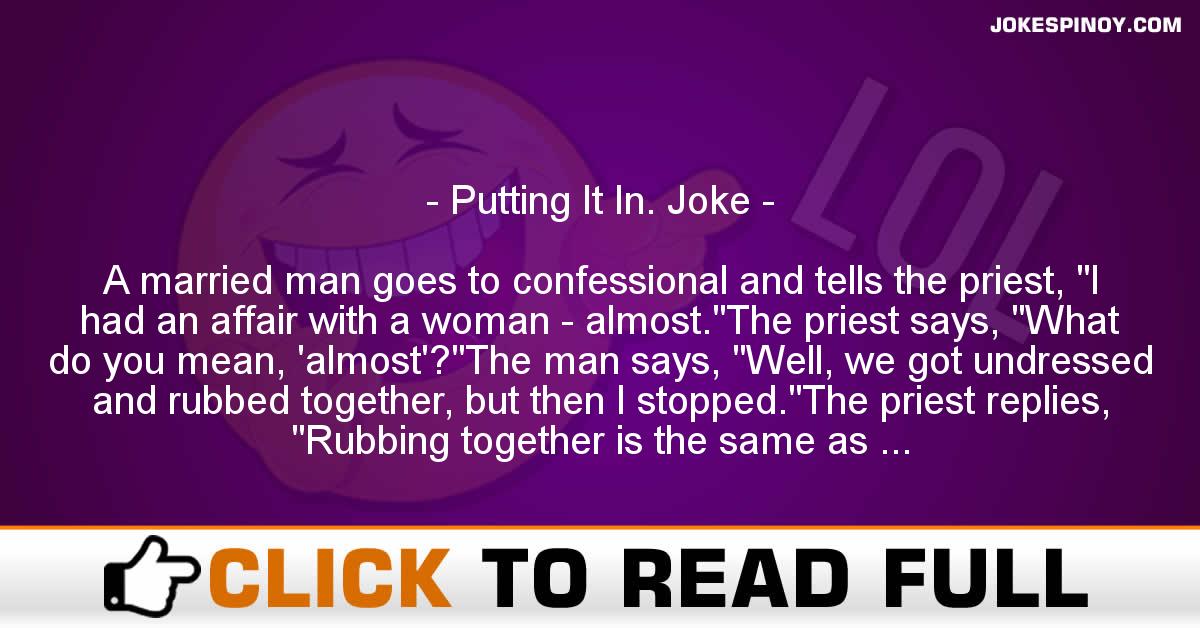 A married man goes to confessional and tells the priest, “I had an affair with a woman – almost.”The priest says, “What do you mean, ‘almost’?”The man says, “Well, we got undressed and rubbed together, but then I stopped.”The priest replies, “Rubbing together is the same as putting it in. You’re not to go near that woman again. Now, say five Hail Mary’s and put $50 in the poor box.”The man leaves confessional, goes over and says his prayers, then walks over to the poor box. He pauses for a moment and then starts to leave.The priest, who was watching him, quickly runs over to him and says, “I saw that. You didn’t put any money in the poor box!”The man replied, “Well, Father, I rubbed up against it and you said it was the same as putting it in!”