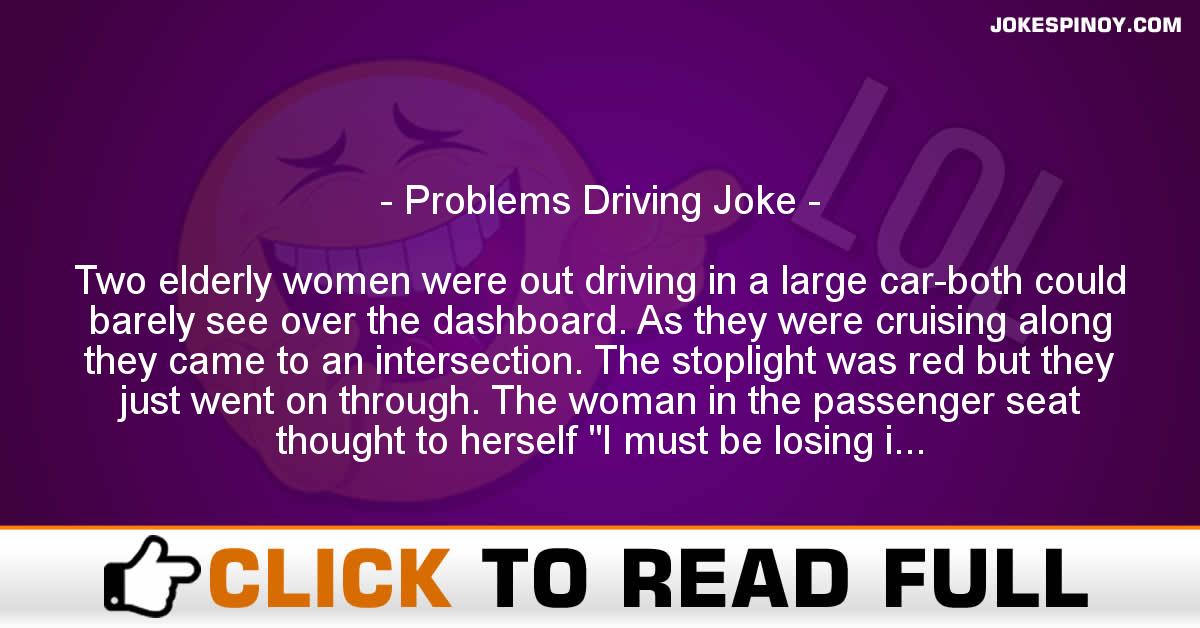 Two elderly women were out driving in a large car-both could barely see over the dashboard. As they were cruising along they came to an intersection. The stoplight was red but they just went on through. The woman in the pa*senger seat thought to herself “I must be losing it, I could have sworn we just went through a red light.” After a few more minutes they came to another intersection and the light was red again and again they went right though. This time the woman in the pa*senger seat was almost sure that the light had been red but was really concerned that she was losing it. She was getting nervous and decided to pay very close attention to the road and the next intersection to see what was going on. At the next intersection, sure enough, the light was definitely red and they went right through and she turned to the other woman and said, “Mildred! Did you know we just ran through three red lights in a row! You could have killed us!” Mildred turned to her and said, “Oh, am I driving?”