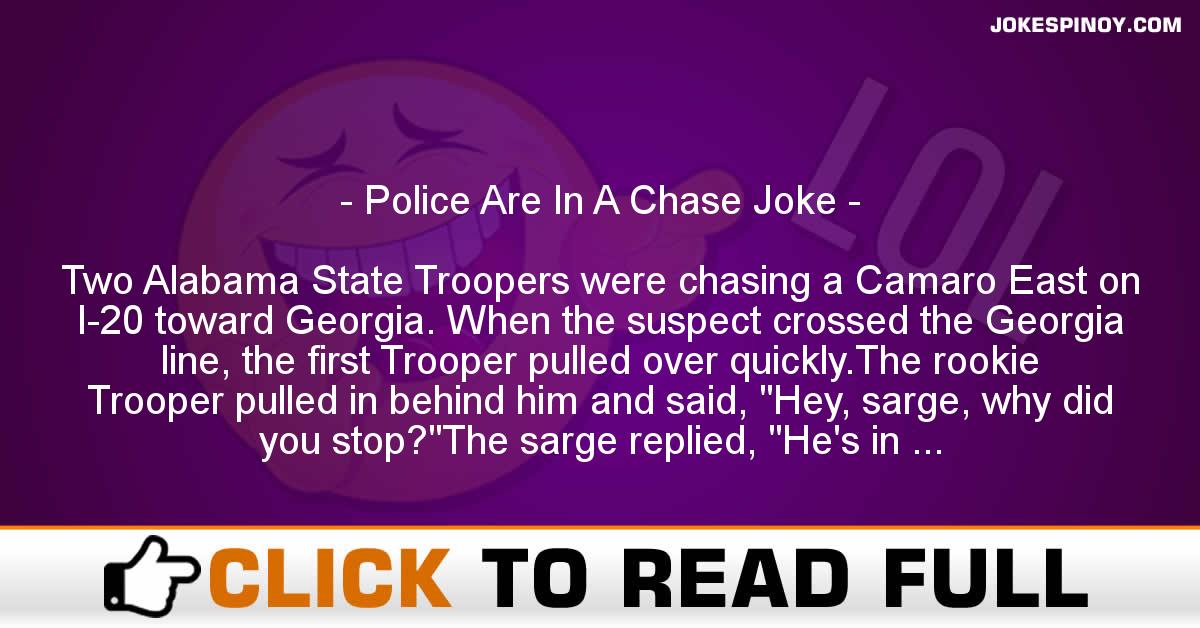 Two Alabama State Troopers were chasing a Camaro East on I-20 toward Georgia. When the suspect crossed the Georgia line, the first Trooper pulled over quickly.The rookie Trooper pulled in behind him and said, “Hey, sarge, why did you stop?”The sarge replied, “He’s in Georgia now. They’re an hour ahead of us, so we’ll never catch him.”