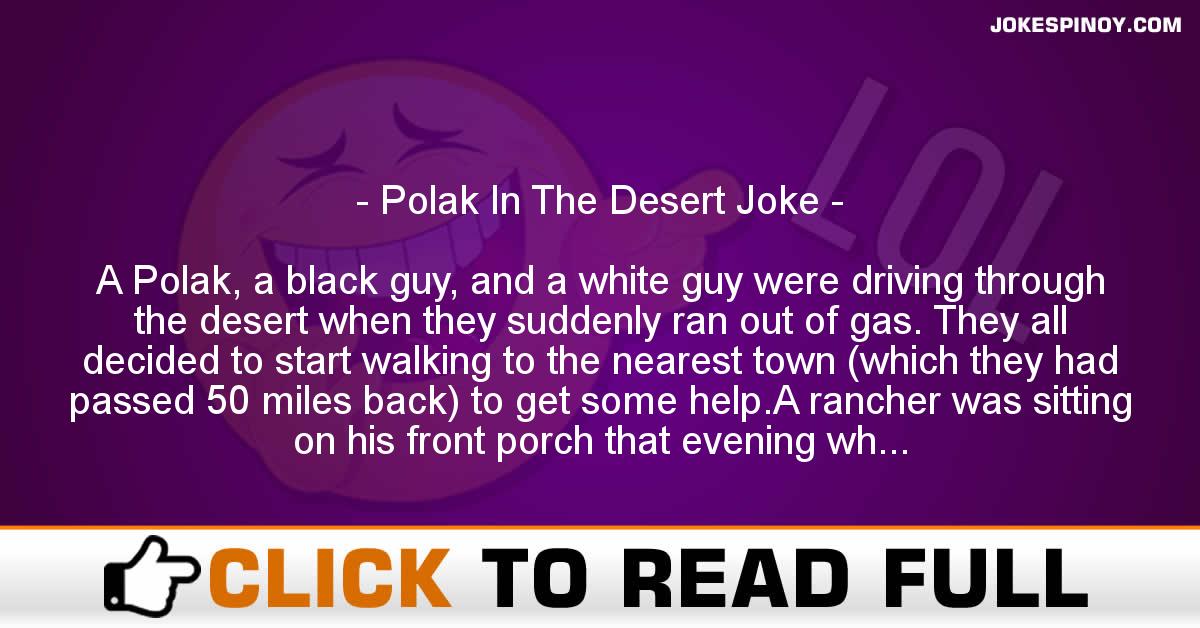 A Polak, a black guy, and a white guy were driving through the desert when they suddenly ran out of gas. They all decided to start walking to the nearest town (which they had pa*sed 50 miles back) to get some help.A rancher was sitting on his front porch that evening when he saw the white guy top the horizon and walk toward him. The rancher noticed that the white guy was carrying a gla*s of water, so when he was within hearing distance, the rancher said, “Hi there…what are you doing carring a gla*s of water through the desert?”The white guy explained his predicament and explained that since he had a long way to go, he might get thirsty, so that’s why he was carrying the water.A little while later the rancher noticed the black guy walking toward him with a loaf of bread in his hand. “What are you doing?” asked the rancher again.As before, the black guy explained the situation and said that since he had a long way to go, he might get hungry and that’s why he had the bread.Finally the Polak appeared, dragging a car door through the sand. More curious than ever, the rancher asked, “Hey, why are you dragging that car door?””Well,” said the Polak, “I have a long way to go, so if it gets too hot, I’ll roll down the window.”

Topic of Interest:    joke about carrying a car door through the desert