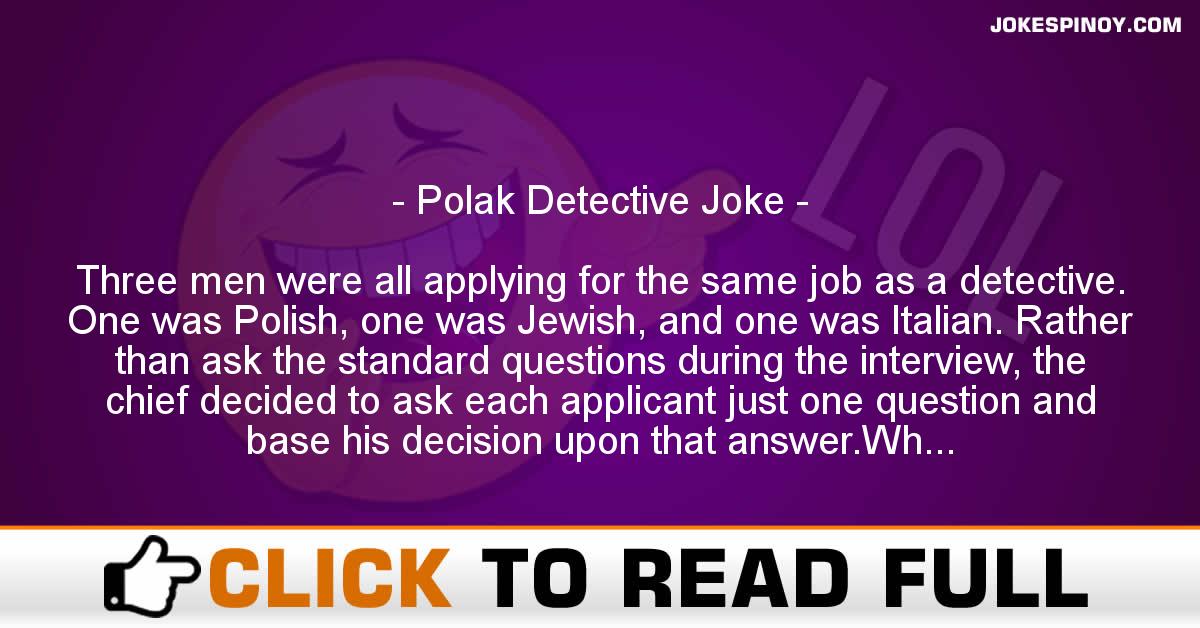 Three men were all applying for the same job as a detective. One was Polish, one was Jewish, and one was Italian. Rather than ask the standard questions during the interview, the chief decided to ask each applicant just one question and base his decision upon that answer.When the Jewish man arrived for his interview, the chief asked, “Who killed Jesus Christ?”The Jewish man answered without hesitation “The Romans killed him.” The chief thanked him and he left.When the Italian man arrived for his interview, the chief asked the same question. He replied “Jesus was killed by the Jews.” Again, the chief thanked the man who then left.When the Polish man arrived for his interview, he was asked the exact same question. He thought for a long time, before saying, “Could I have some time to think about it?” The chief said, “OK, but get back to me tommorrow.”When the Polish man arrived home, his wife asked “How did The interview go?” He replied, “Great, I got the job, and I’m already investigating a murder!”