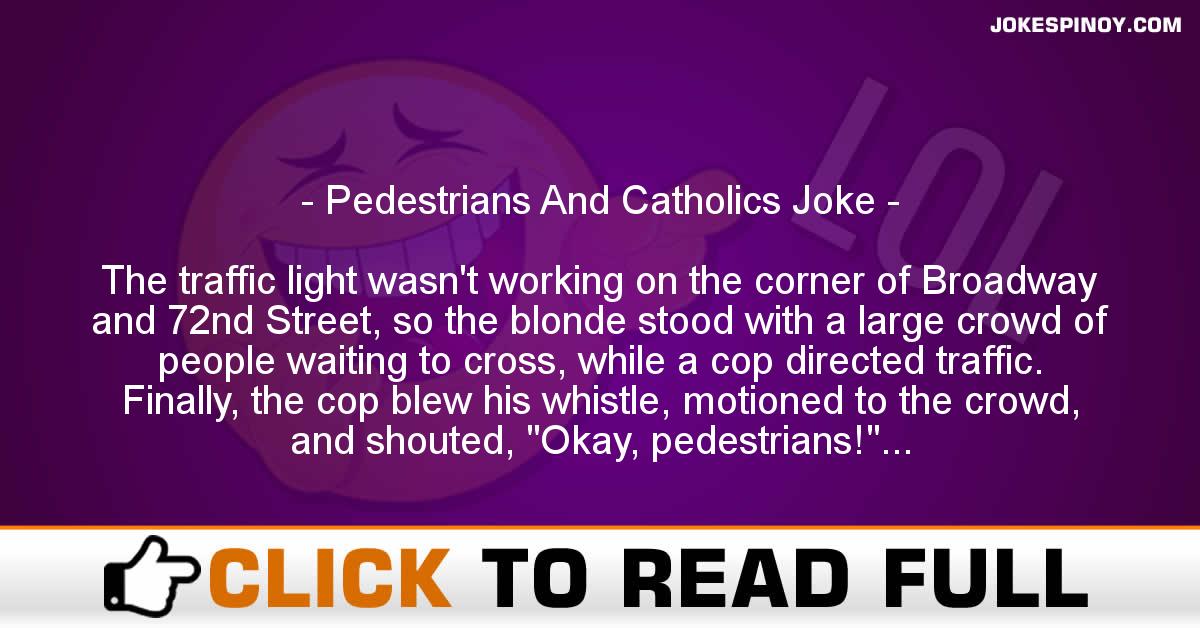 The traffic light wasn’t working on the corner of Broadway and 72nd Street, so the blonde stood with a large crowd of people waiting to cross, while a cop directed traffic. Finally, the cop blew his whistle, motioned to the crowd, and shouted, “Okay, pedestrians!” The throng surged across Broadway — all except the blonde, who stayed on the corner. When the walkers were safely on the other side of the street, the cop moved the cross-traffic through the intersection. Half a minute later, he stopped the cars on Broadway and sent the 72nd Street traffic into motion. Again, he got around to the blonde’s corner, where by this time she had again been joined by a crowd of people. Tweeeeeeeet! “Okay, pedestrians!” The crowd crossed the street, but again the blonde stayed put. She looked at her watch and tapped her foot but never budged from the sidewalk. Finally, after the cop yelled “Okay, pedestrians!” for the third time, the blonde shouted across traffic, “Yo! Officer! Isn’t it about time you let the Catholics cross?”