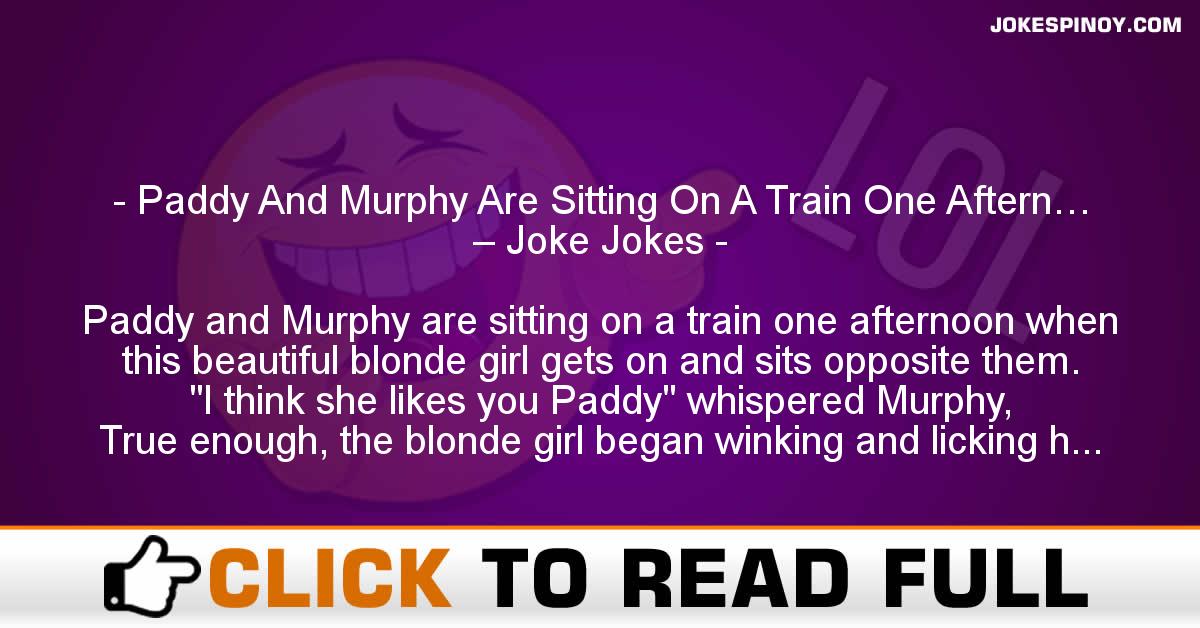 Paddy and Murphy are sitting on a train one afternoon when this beautiful blonde girl gets on and sits opposite them.
“I think she likes you Paddy” whispered Murphy,
True enough, the blonde girl began winking and licking her lips at Paddy.
As their stop approached, Paddy pulls out a bit of paper, scribbles on it and blows the girl a kiss as the boys step off the train.
“What was that Paddy?” asked Murphy,
“I gave her me number” Paddy replied,
“Do you think she’ll call?” quizzed Murphy,
“Don’t be stupid!” said Paddy, “Of course she won’t call!…
She’ll knock. I gave her our door number”.