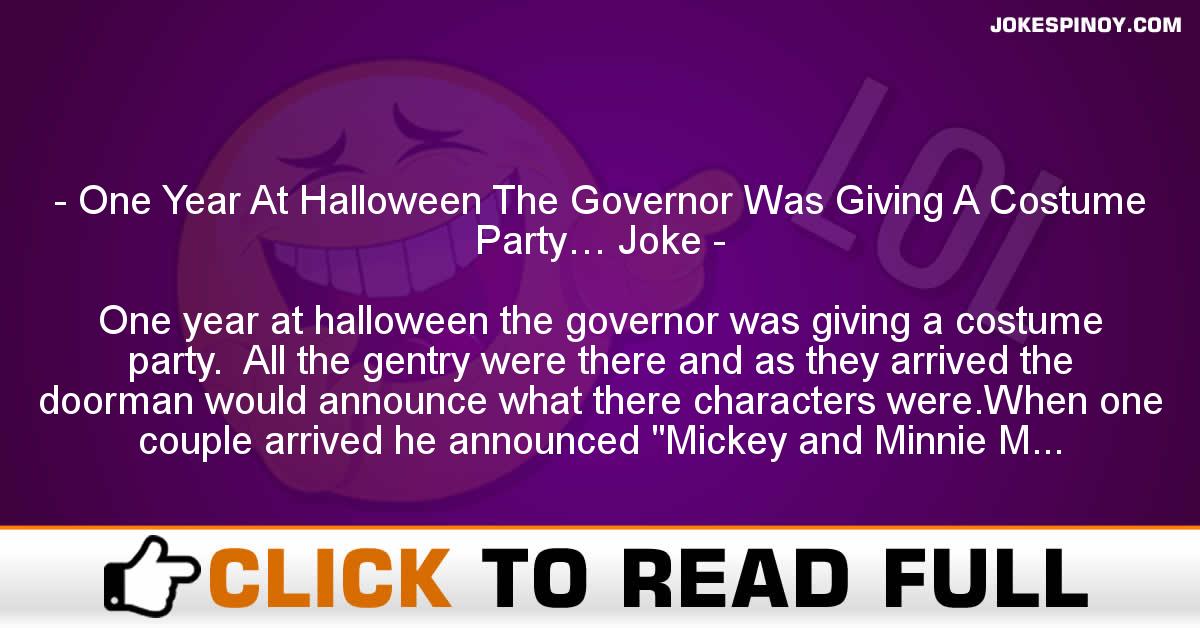 One year at halloween the governor was giving a costume party. All the gentry were there and as they arrived the doorman would announce what there characters were.When one couple arrived he announced “Mickey and Minnie Mouse”.As the next couple arrived he announced “Tarzan and Jane” and so on as each guest arrived.Later in the evening a man arrived dressed only in a pair of underpants but apart from that totally naked from head to toe.”Who do you think you are?” demanded the doorman. Having ascertained that the man was indeed an invited guest from the local university CS department The doorman asked “How shall I announce you?”The man said, “I’m premature ejaculation””I’m very sorry sir”, said the doorman in obvious shock, “I cannot announce anything like that to such a gathering.””O.K.” said the professor. “Just say I came in my pants”