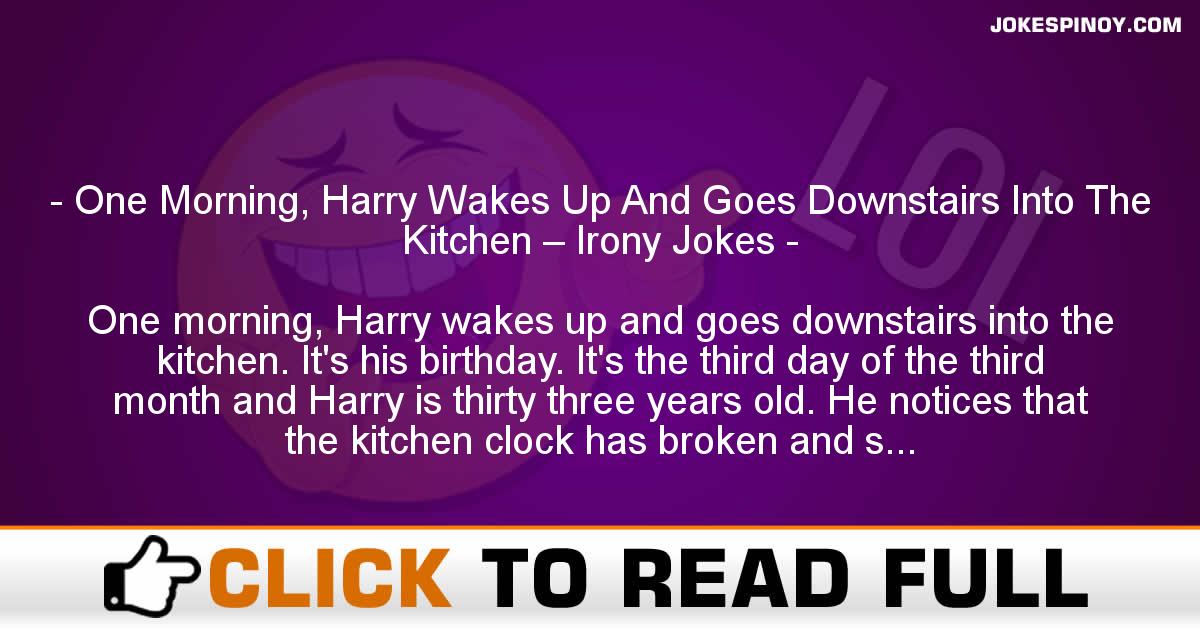 One morning, Harry wakes up and goes downstairs into the kitchen. It’s his birthday. It’s the third day of the third month and Harry is thirty three years old. He notices that the kitchen clock has broken and stopped at 3:30am. On the radio, the weather announces that the temperature is 33 degrees. Opening the sporting section of his newspaper, he turns to page three; he sees that a horse called ‘Triple Treble’ is running in the 3.30. He rings up a bookmaker and puts 333 on it to win.
It comes in third.