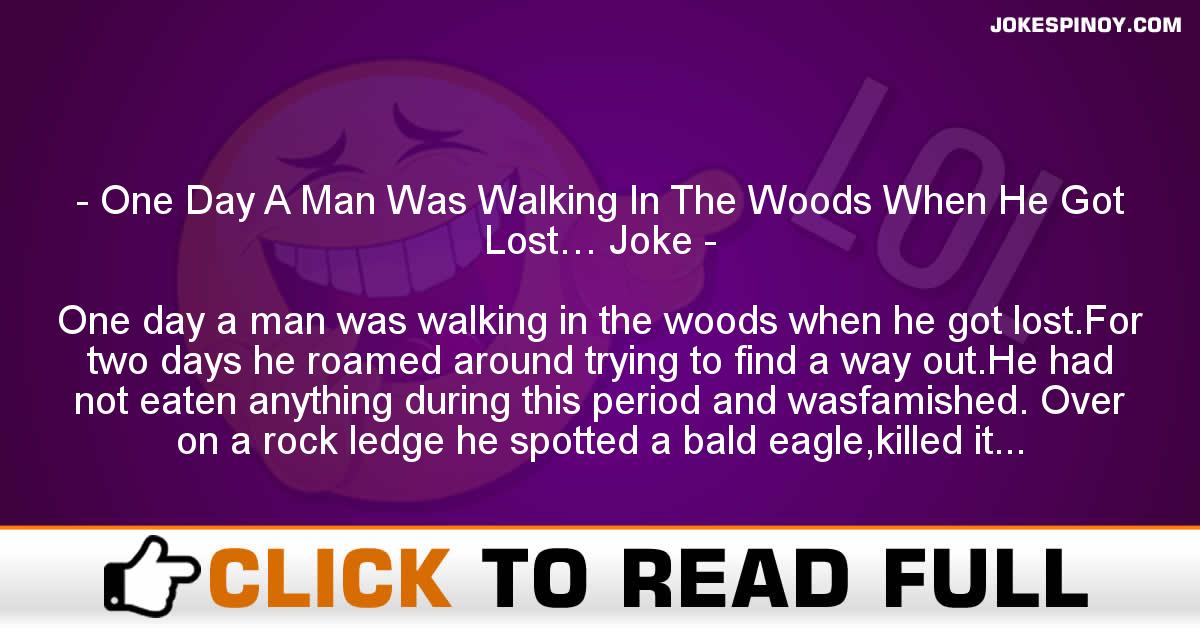 One day a man was walking in the woods when he got lost.For two days he roamed around trying to find a way out.He had not eaten anything during this period and wasfamished. Over on a rock ledge he spotted a bald eagle,killed it, and started to eat it. Surprisingly a couple ofpark rangers happen to find him at that moment, andarrested him for killing an endangered species.At court, he plead innocent to the charges against himclaiming that if he didn’t eat the bald eagle he wouldhave died from starvation. The judge ruled in his favor.In the judges closing statement he asked the man, “Iwould like you to tell me something before I let you go.I have never eaten a bald eagle, nor ever plan on it.What did it taste like?” The man answered, “Well,it tasted like a cross between a whooping crane and aspotted owl.”