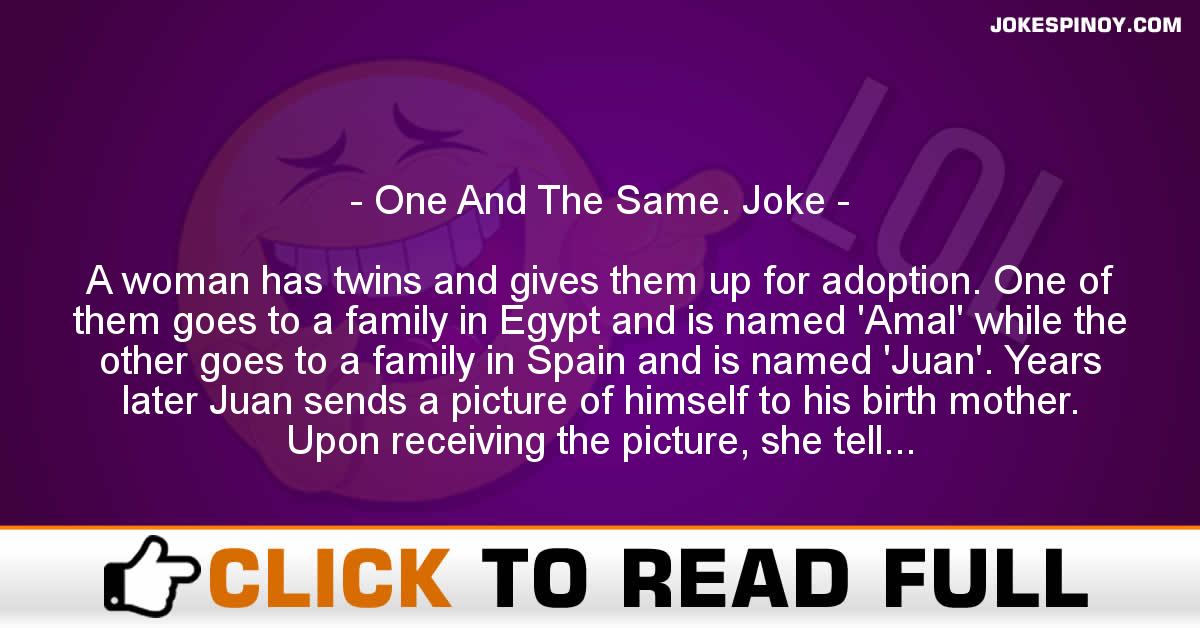 A woman has twins and gives them up for adoption. One of them goes to a family in Egypt and is named ‘Amal’ while the other goes to a family in Spain and is named ‘Juan’. Years later Juan sends a picture of himself to his birth mother. Upon receiving the picture, she tells her husband that she wishes she also had a picture of Amal. Her husband responds…”But they are twins and if you’ve seen Juan you’ve seen Amal.”