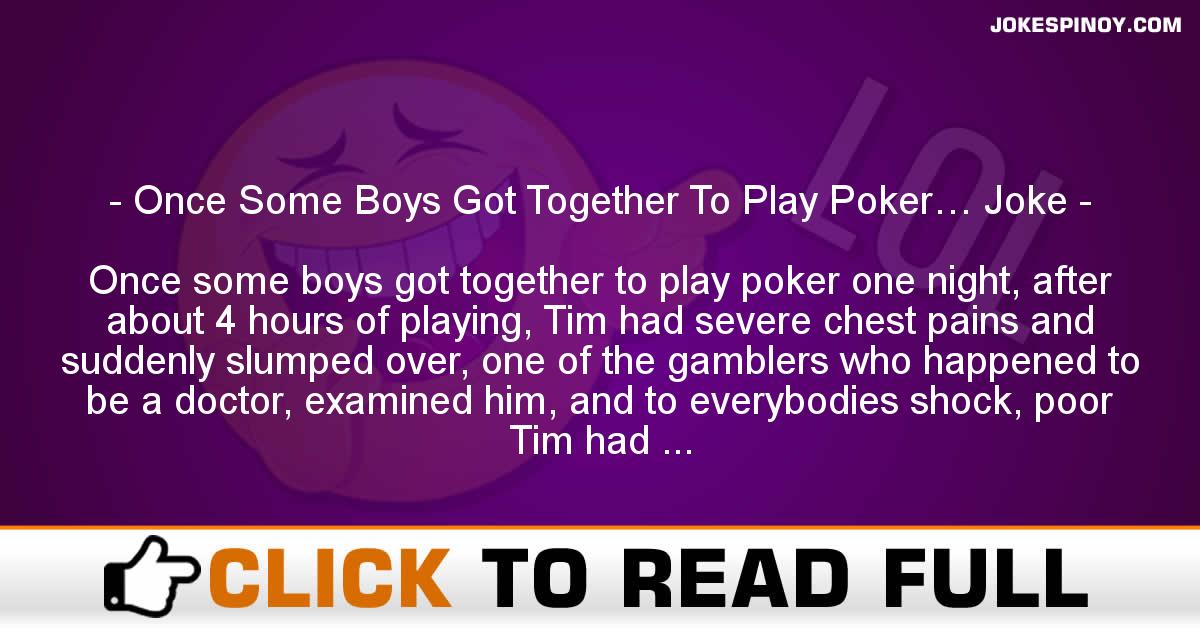 Once some boys got together to play p***r one night, after about 4 hours of playing, Tim had severe chest pains and suddenly slumped over, one of the gamblers who happened to be a doctor, examined him, and to everybodies shock, poor Tim had died of a heart attack.All his friends didn’t know how to break the news to his wife, finally Johnny said: ‘I can be diplomatic about it and break the news gently!’.Johnny rang the bell at Tim’s house, and when his wife answered the door, he calmly said to her: ‘Tim just gambled with us and lost 1,000 dollars!’ When Tim’s wife heard this she said: ‘Tell him to just drop dead!’ Johnny answered: ‘That’s exactly what he did!’.