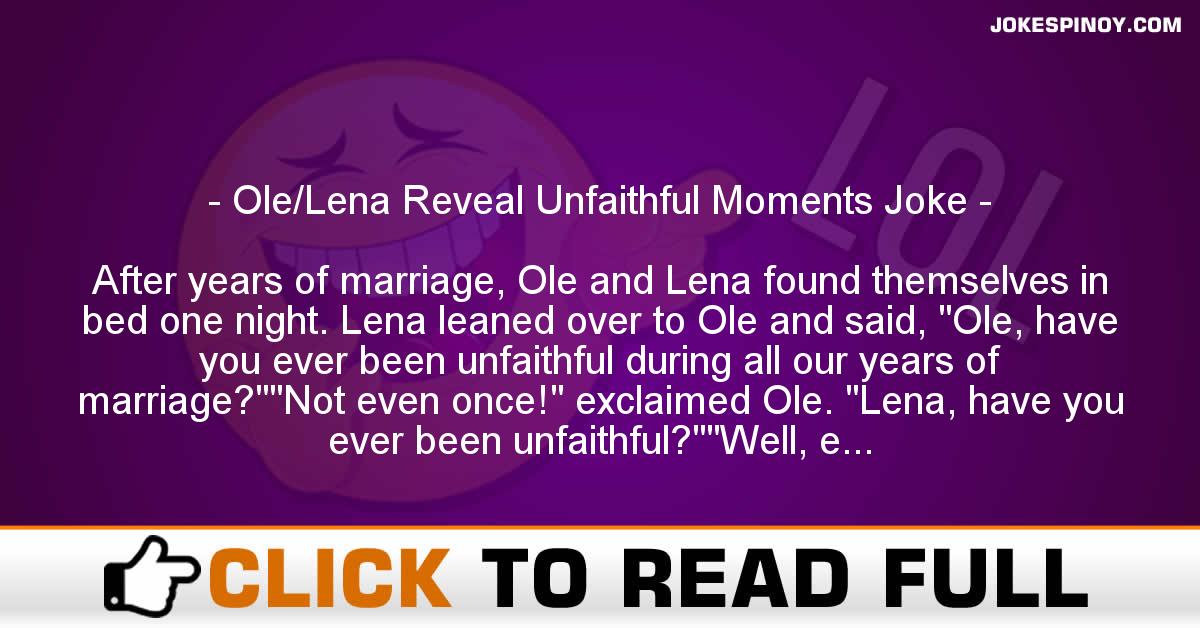 After years of marriage, Ole and Lena found themselves in bed one night. Lena leaned over to Ole and said, “Ole, have you ever been unfaithful during all our years of marriage?””Not even once!” exclaimed Ole. “Lena, have you ever been unfaithful?””Well, er, yes — but only three times,” she admitted somewhat embarrassed.”Hmmm, three times?” questioned Ole. “That’s not so bad. Do you remember those three times? Can you tell me when?””Well, Ole, do you remember when you wanted to build the store and you had a hard time getting approval from the City Council?” asked Lena. “That was the first time.””And, do you remember when you wanted to build an addition, but had to get the okay from the building inspector?” she asked. “That was the second time.””OK, Lena, when was the third time?” queried Ole?”The third time was ” Lena paused. “Do you remember when you were running for president of the Sons of Norway and you needed 125 votes?”