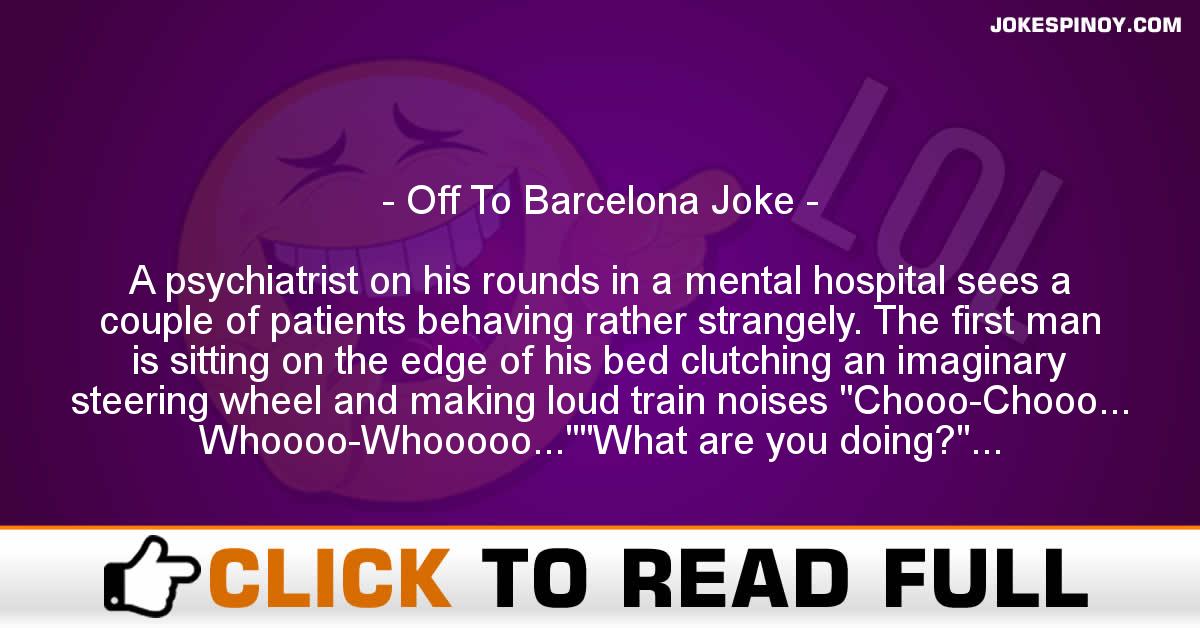 A psychiatrist on his rounds in a mental hospital sees a couple of patients behaving rather strangely. The first man is sitting on the edge of his bed clutching an imaginary steering wheel and making loud train noises “Chooo-Chooo… Whoooo-Whooooo…””What are you doing?” enquires the doctor. “I’m taking a train down to Barcelona,” replies the man.Somewhat taken aback but not to be put off, the doctor moves on to the next bed where he can see some very energetic activity going on underneath the covers. On pulling them back he finds a man totally naked face down into the mattress.”And what are you doing?” asks the doctor, a little perplexed. “Well,” pants the man, “While he’s in Barcelona, I’m f*****g his wife!”