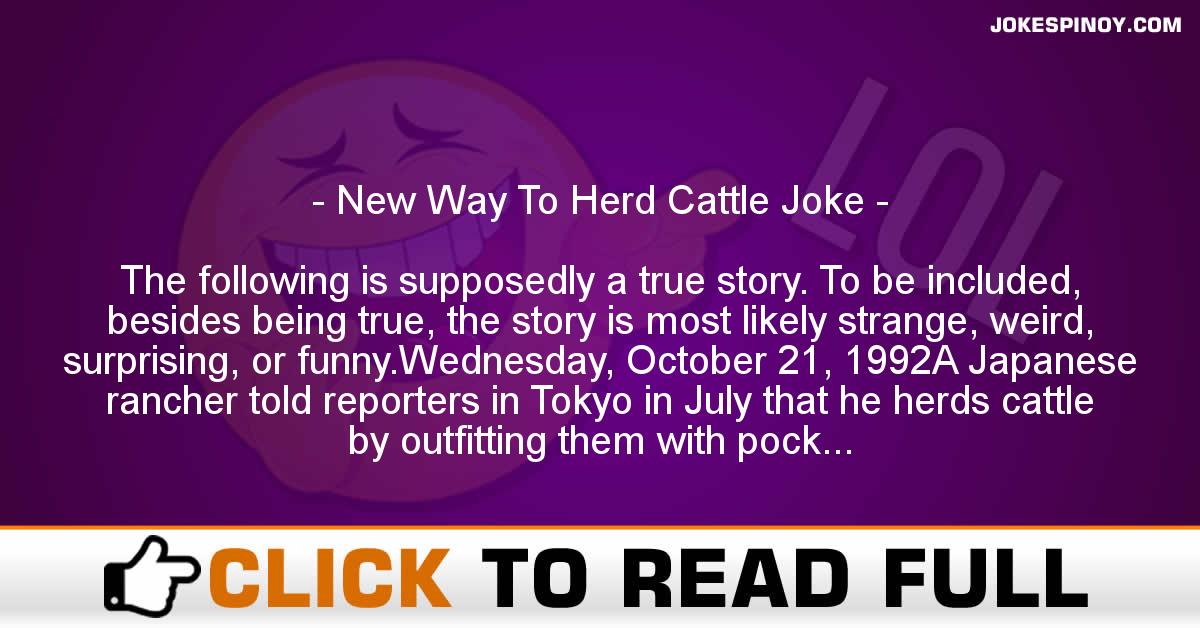 The following is supposedly a true story. To be included, besides being true, the story is most likely strange, weird, surprising, or funny.Wednesday, October 21, 1992A Japanese rancher told reporters in Tokyo in July that he herds cattle by outfitting them with pocket pagers (beepers), which he calls from his portable phone.After a week of training, the cows a*sociate the beeping with eating and hustle up for grub.