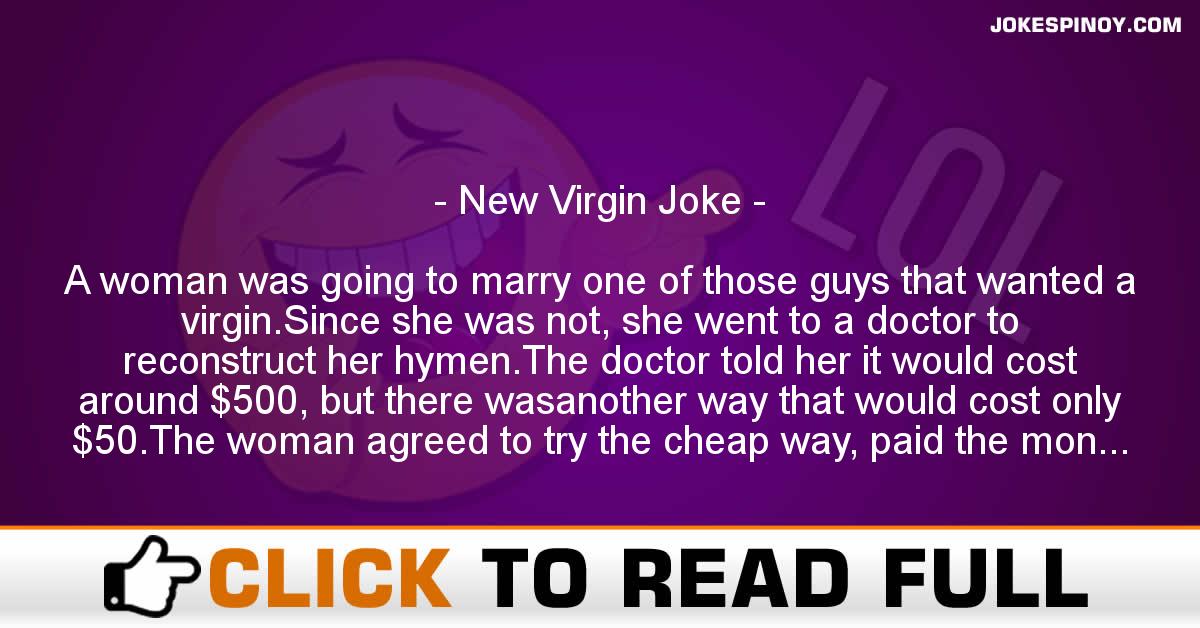 A woman was going to marry one of those guys that wanted a virgin.Since she was not, she went to a doctor to reconstruct her hymen.The doctor told her it would cost around $500, but there wasanother way that would cost only $50.The woman agreed to try the cheap way, paid the money, and thedoctor worked on her for several minutes.After the “first night” of intimacy, the woman came back to thedoctor and told him that it was perfect. The pain, the blood,everything was there. And she asked him how he did it.”Simple…I tied your pubic hairs together!”