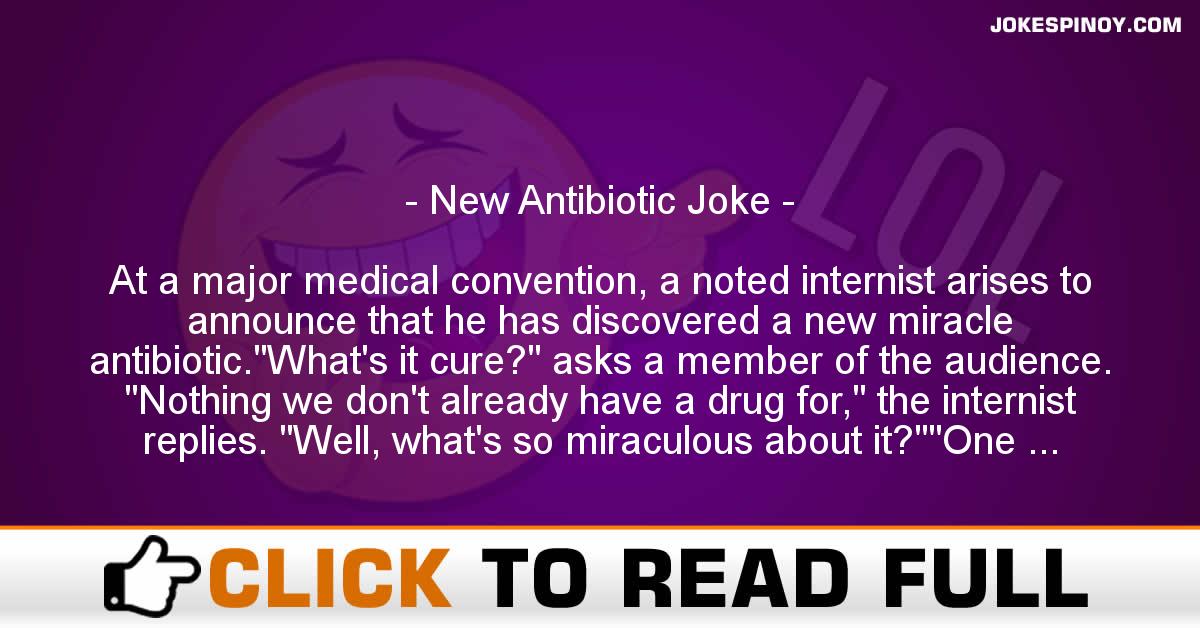 At a major medical convention, a noted internist arises to announce that he has discovered a new miracle antibiotic.”What’s it cure?” asks a member of the audience. “Nothing we don’t already have a drug for,” the internist replies. “Well, what’s so miraculous about it?””One of the side effects is short-term memory loss. Several of my patients have paid my bill three or four times!”