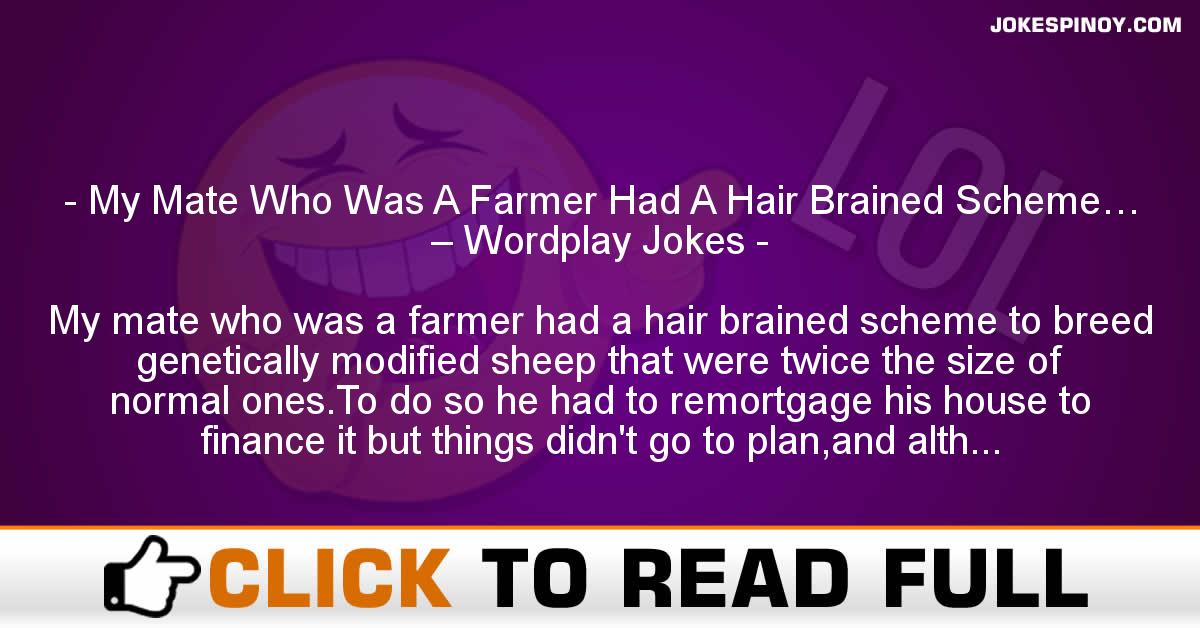 My mate who was a farmer had a hair brained scheme to breed genetically modified sheep that were twice the size of normal ones.To do so he had to remortgage his house to finance it but things didn’t go to plan,and although the sheep were larger they weren’t as big as he’d hoped and he couldn’t afford the repayments on his loan.Suffice to say the bank reposessed his house and land, leaving him with just his sheep,nowhere to live and penniless.
The last time I saw him he was standing on a street corner selling biggish ewes.