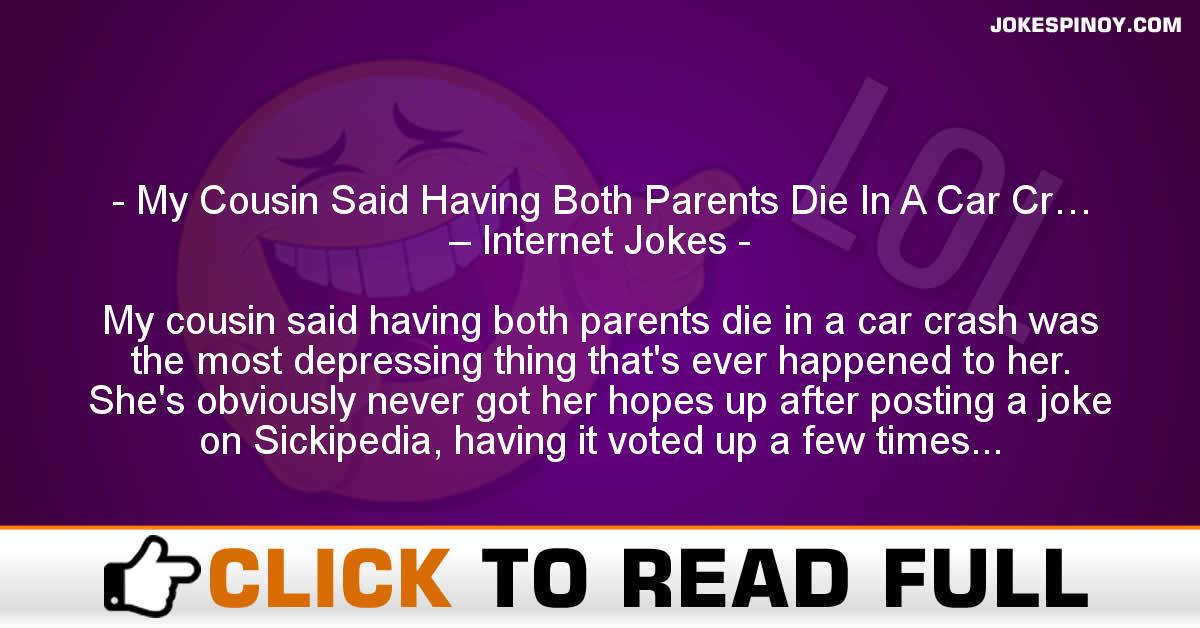 My cousin said having both parents die in a car crash was the most depressing thing that’s ever happened to her.
She’s obviously never got her hopes up after posting a joke on Sickipedia, having it voted up a few times in the first couple of minutes, only to find it’s been buried when you refresh the page 5 minutes later.