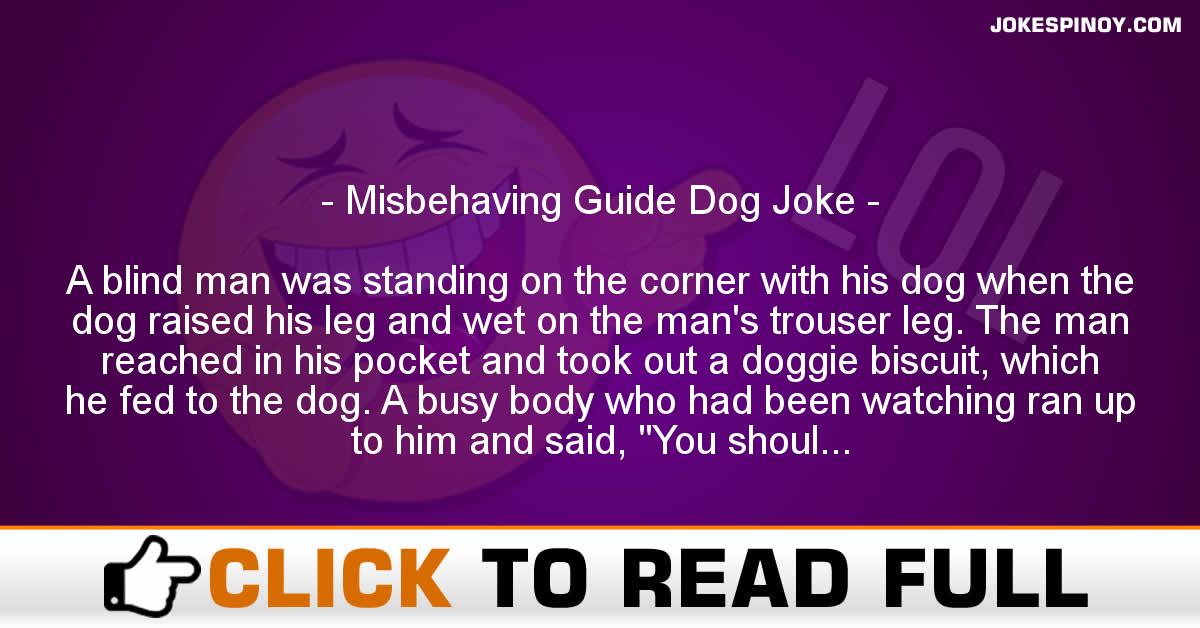 A blind man was standing on the corner with his dog when the dog raised his leg and wet on the man’s trouser leg. The man reached in his pocket and took out a doggie biscuit, which he fed to the dog. A busy body who had been watching ran up to him and said, “You shouldn’t do that. He’ll never learn anything if you reward him when he does something like that!”. The blind man retorted, “I’m not rewarding him. I’m just trying to find which end is his mouth so that I can kick him in the ass”.