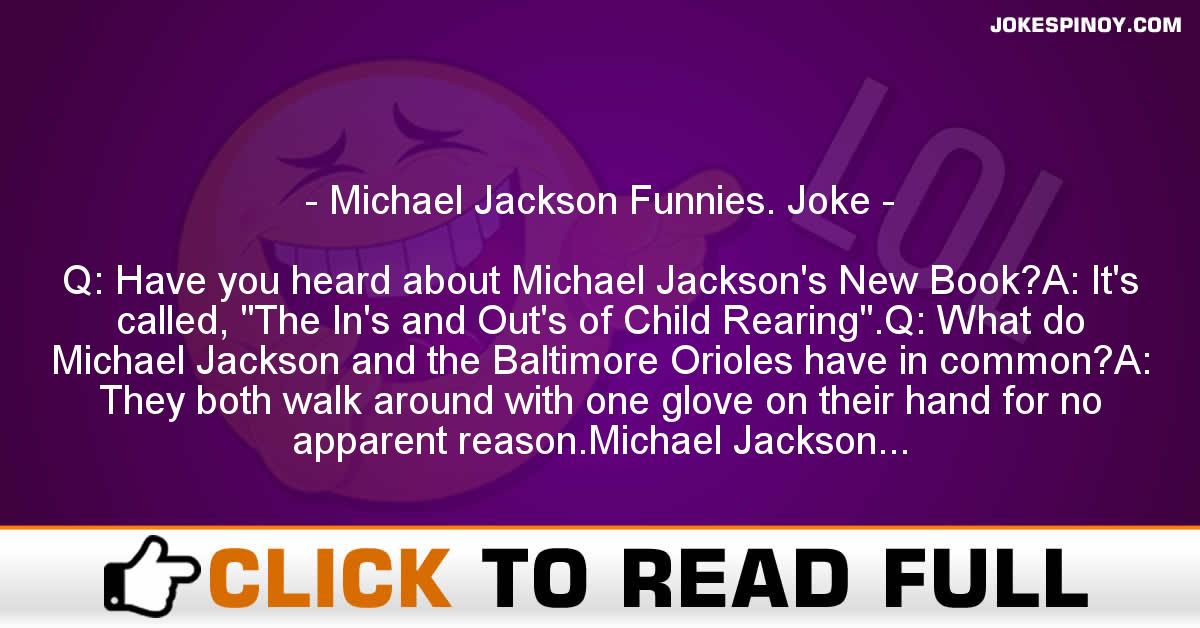 Q: Have you heard about Michael Jackson’s New Book?A: It’s called, “The In’s and Out’s of Child Rearing”.Q: What do Michael Jackson and the Baltimore Orioles have in common?A: They both walk around with one glove on their hand for no apparent reason.Michael Jackson and Tonya Harding have decided to begin training racehorses together?Yup, she’s gonna do all the handicapping and he’s gonna ride all the 3-year-olds!Q: Why did Michael Jackson place a phone call to Boyz-2-Men??A: He thought it was a delivery service.The Pope has issued a proclamation on Michael Jackson.If he hears any more allegations about little boys, the Pope says he’ll have no choice but to make him a priest!Q: How can you tell when Michael Jackson is giving a party?A: By all the Big Wheels parked in his driveway.And finally, I found out why Michael has cut down on public appearances…He wants to spend more time with the kids!