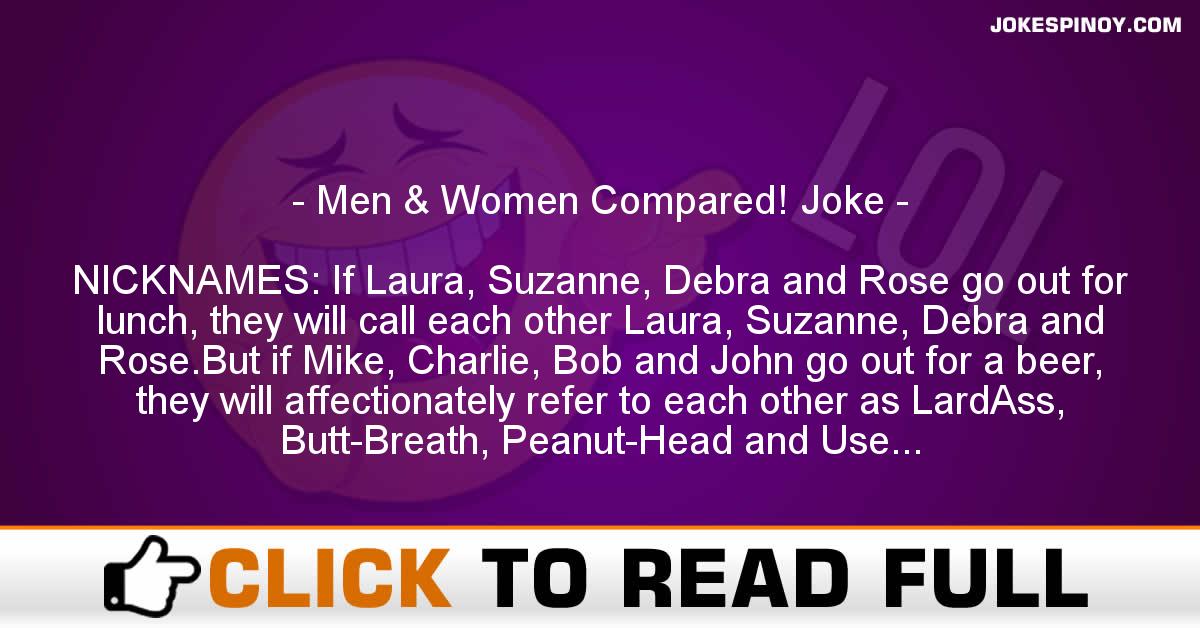 NICKNAMES: If Laura, Suzanne, Debra and Rose go out for lunch, they will call each other Laura, Suzanne, Debra and Rose.But if Mike, Charlie, Bob and John go out for a beer, they will affectionately refer to each other as LardAss, Butt-Breath, Peanut-Head and Useless.EATING OUT: When the bill arrives, Mike, Charlie, Bob and John will each throw in $20, even though it’s only for $22.50. None of them will have anything smaller, and none will actually admit they want change back.When the girls get their bill, out come the pocket calculators.BATHROOMS: A man has five items in his bathroom: a toothbrush, shaving cream, razor, a bar of soap, and a towel from the Holiday Inn.The average number of items in the typical woman’s bathroom is337. A man would not be able to identify most of these items.ARGUMENTS: A woman has the last word in any argument. Anything a man says after that is the beginning of a new argument!DRESSING UP: A man will dress up for weddings, funerals. A woman will dress up to go shopping, water the plants, empty the garbage, answer the phone, read a book, get the mail.LOOKS Men wake up as good-looking as they went to bed. Women somehow deteriorate during the night. ( I invite any woman to prove me wrong! 🙂