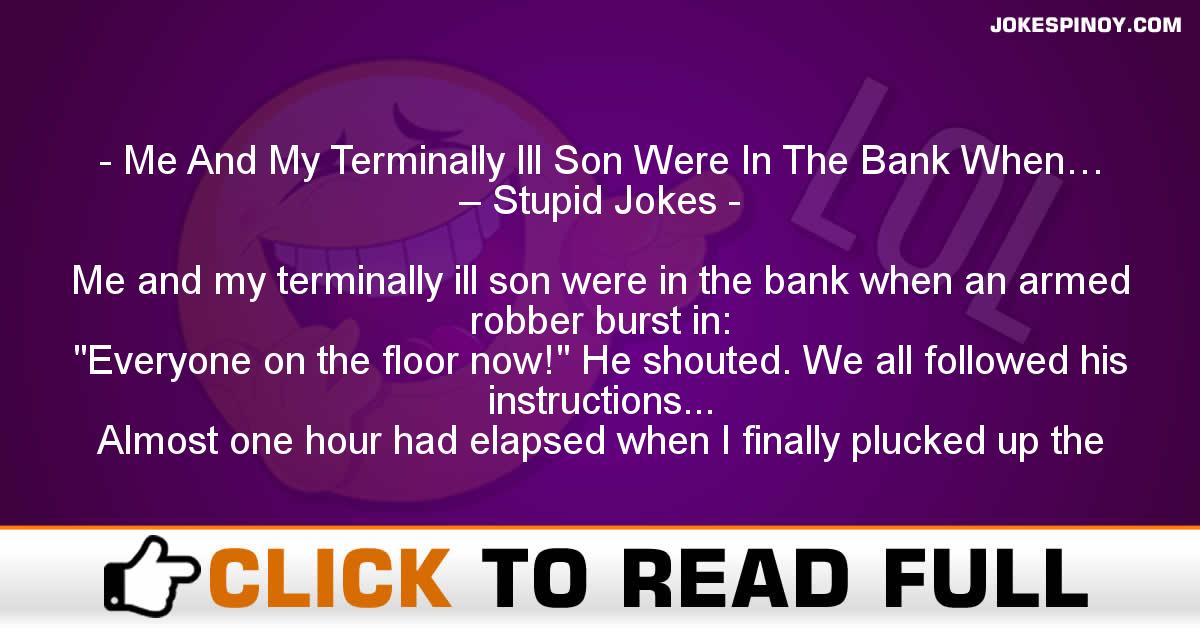 Me and my terminally ill son were in the bank when an armed robber burst in:
“Everyone on the floor now!” He shouted. We all followed his instructions…
Almost one hour had elapsed when I finally plucked up the courage to say; “My son hasn’t had his medication, he could die within an hour if he doesn’t get it”
“Give it him then” The robber sharply replied.
“I can’t, it’s at home” I sheepishly said.
“Call someone and tell them to bring it to the door then?” Came his reply.
“I wasn’t suggesting that, I was going to say you might as well shoot him now”