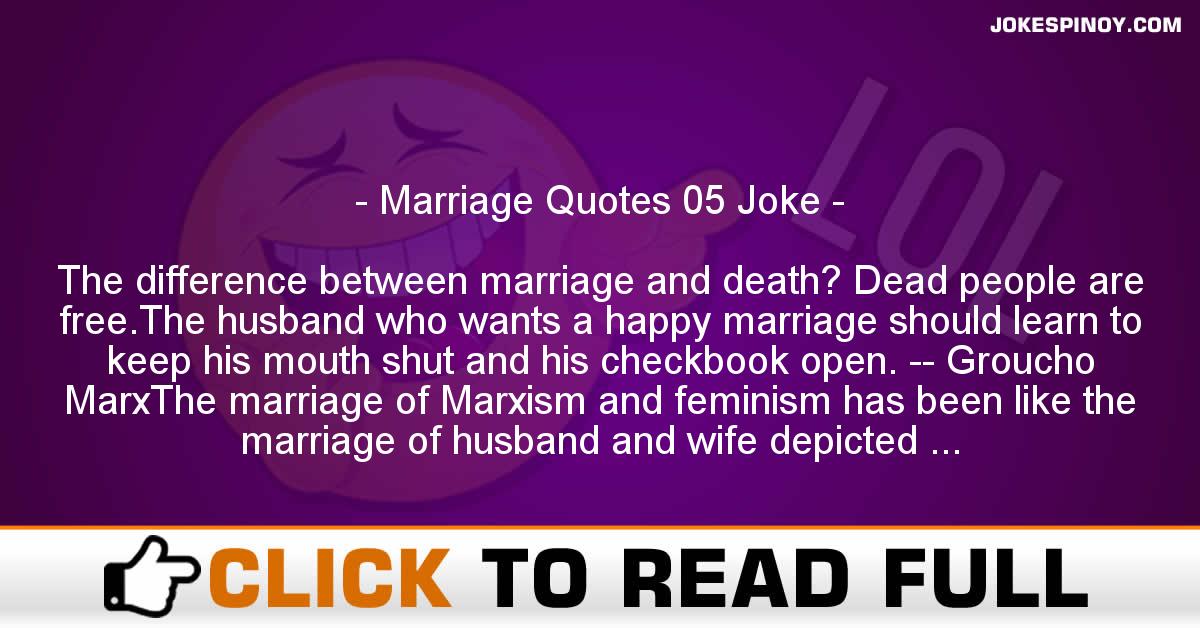 The difference between marriage and death? Dead people are free.The husband who wants a happy marriage should learn to keep his mouth shut and his checkbook open. — Groucho MarxThe marriage of Marxism and feminism has been like the marriage of husband and wife depicted in English common law: Marxism and feminism are one, and that one is Marxism. –Heidi Hartmann [The Unhappy Marriage of Marxism and Feminism]The most happy marriage I can imagine to myself would be the union of a deaf man to a blind woman. — S. T. ColeridgeThe only one of your children who does not grow up and move away is your husband.The theory used to be you marry an older man because they are more mature. The new theory is that men don’t mature. So you might as well marry a younger one.There’s a way of transferring funds that is even faster than electronic banking. It’s called marriage. — James Holt McGavranTo keep your marriage brimmingWith love in the marriage cup,Whenever you’re wrong, admit it,Whenever you’re right, shut up. — Nash