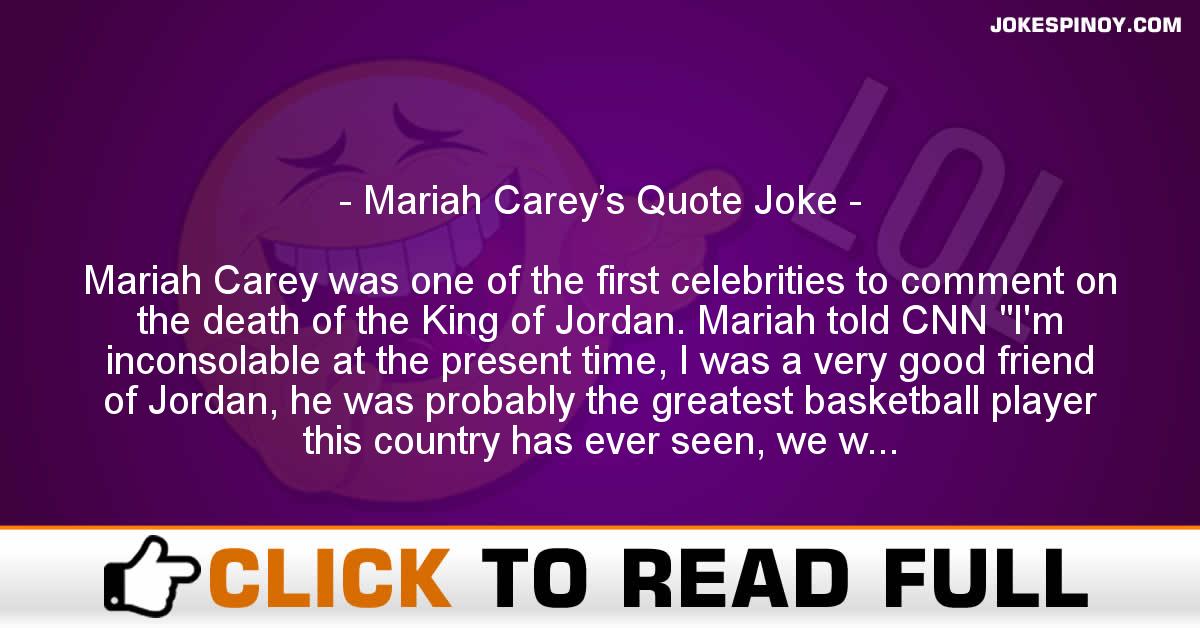 Mariah Carey was one of the first celebrities to comment on the death of the King of Jordan. Mariah told CNN “I’m inconsolable at the present time, I was a very good friend of Jordan, he was probably the greatest basketball player this country has ever seen, we will never see his like again”. When told by reporters that it was King Hussein of Jordan who had died and not Michael Jordan, Mariah was then led away by her security in a state of “confusion”.