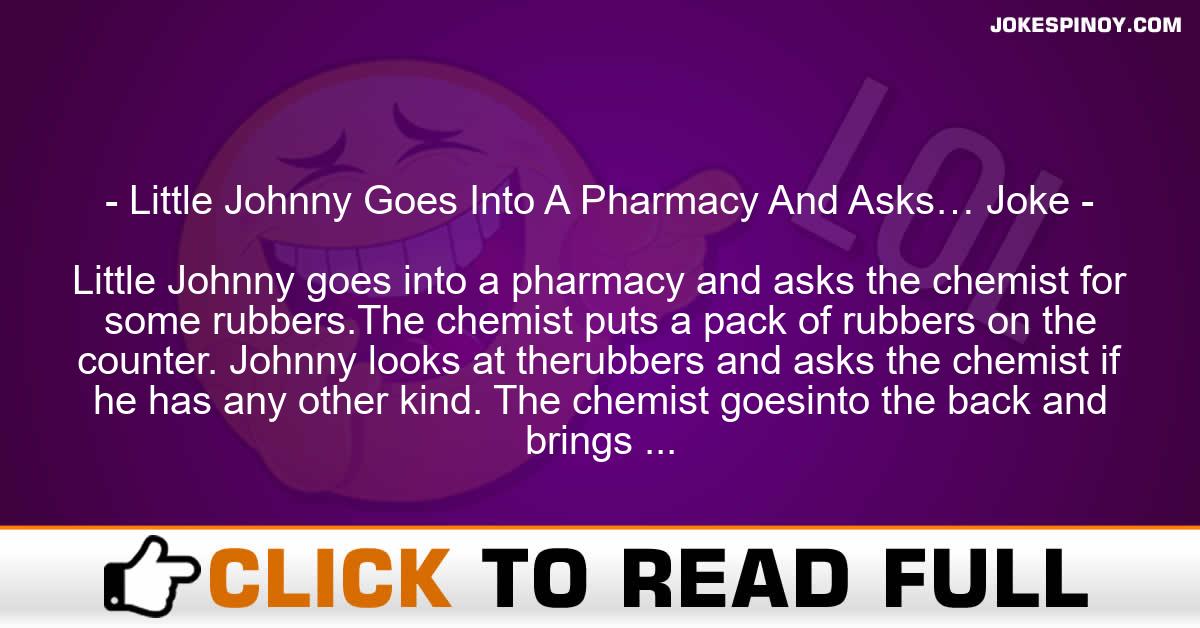 Little Johnny goes into a pharmacy and asks the chemist for some rubbers.The chemist puts a pack of rubbers on the counter. Johnny looks at therubbers and asks the chemist if he has any other kind. The chemist goesinto the back and brings out another pack. “Nah,” says Johnny, “what elsedo you have?” “Well,” the chemist replies, “the only other kind that Ihave are the ones with all the bumps and ridges on them. Do you know whatthese will do to a woman?” Little Johnny says, “No… but they’ll make agoat jump about two feet off of the ground!”