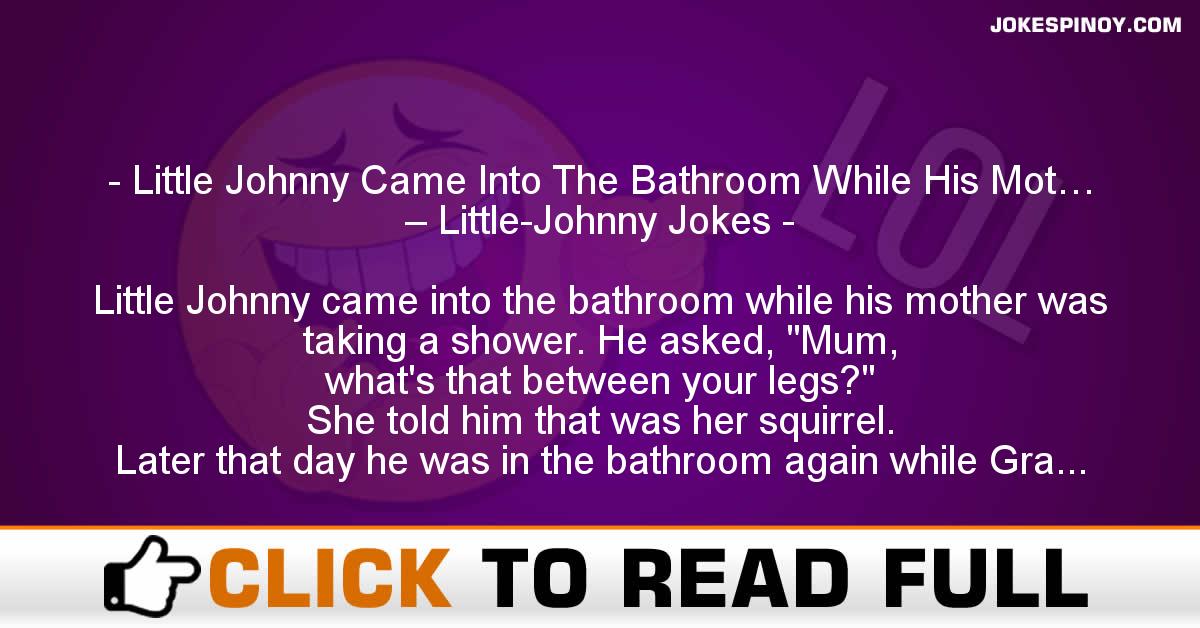 Little Johnny came into the bathroom while his mother was taking a shower. He asked, “Mum,
what’s that between your legs?”
She told him that was her squirrel.
Later that day he was in the bathroom again while Gran was taking a shower and he asked, “Gran, what’s that between your legs?”
She replied, “That’s my squirrel.”
Then little Johnny said, “Mommy has one too, but hers is not as gray as yours.”
Grandma replied, “That’s because your mum’s squirrel hasn’t cracked as many nuts as mine has!”

Topic of Interest:    little johnny gets into mommy cartoons videos