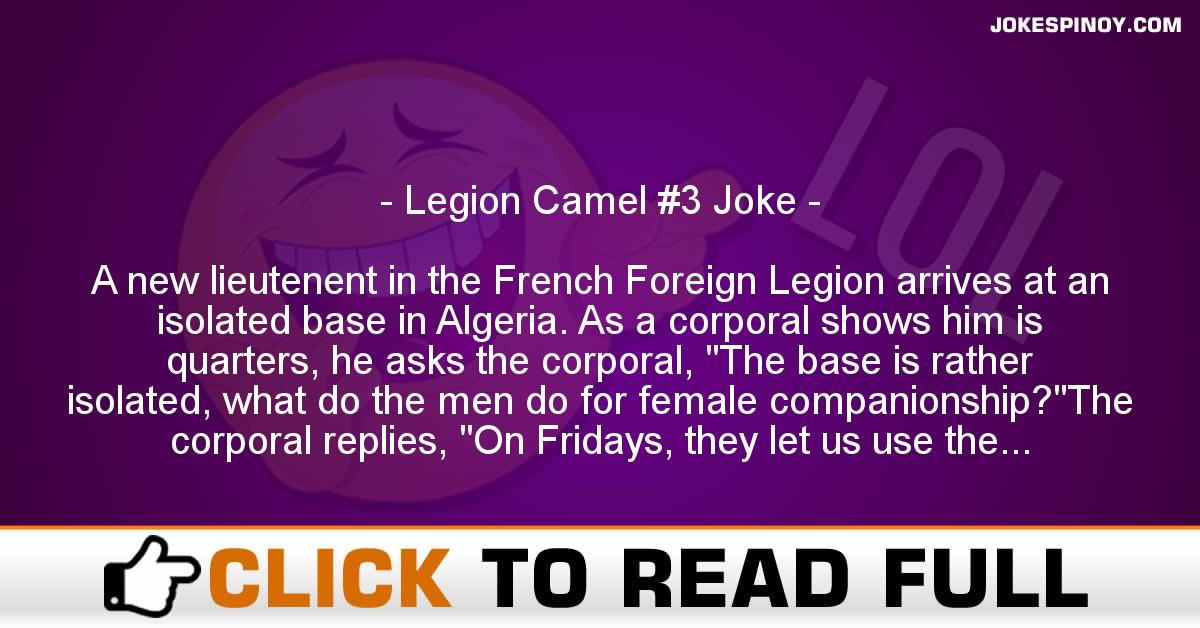 A new lieutenent in the French Foreign Legion arrives at an isolated base in Algeria. As a corporal shows him is quarters, he asks the corporal, “The base is rather isolated, what do the men do for female companionship?”The corporal replies, “On Fridays, they let us use the camels.”The lieutenent can’t beleive it. On Friday, he stands around the camel pen to see what happens. Suddenly, he hears the camp bugler blow a charge on his horn.The ensuing chaos was amazing… men from all over the camp decended on the camel pens like huns attacking a village. Out of the swarm of men, the lieutenent sees the same corporal he met on his first day. He grabs the man by the arm. The corporal shouts, “Let me go! Let me go!””Good God man,” said the lieutenent. “There are 200 men here and 500 camels. What’s your hurry?”The corporal replied, “I don’t want to get stuck with an ugly one!”

Topic of Interest:    pinoy camel joke,   camel joke - what - and get stuck with an ugly one?