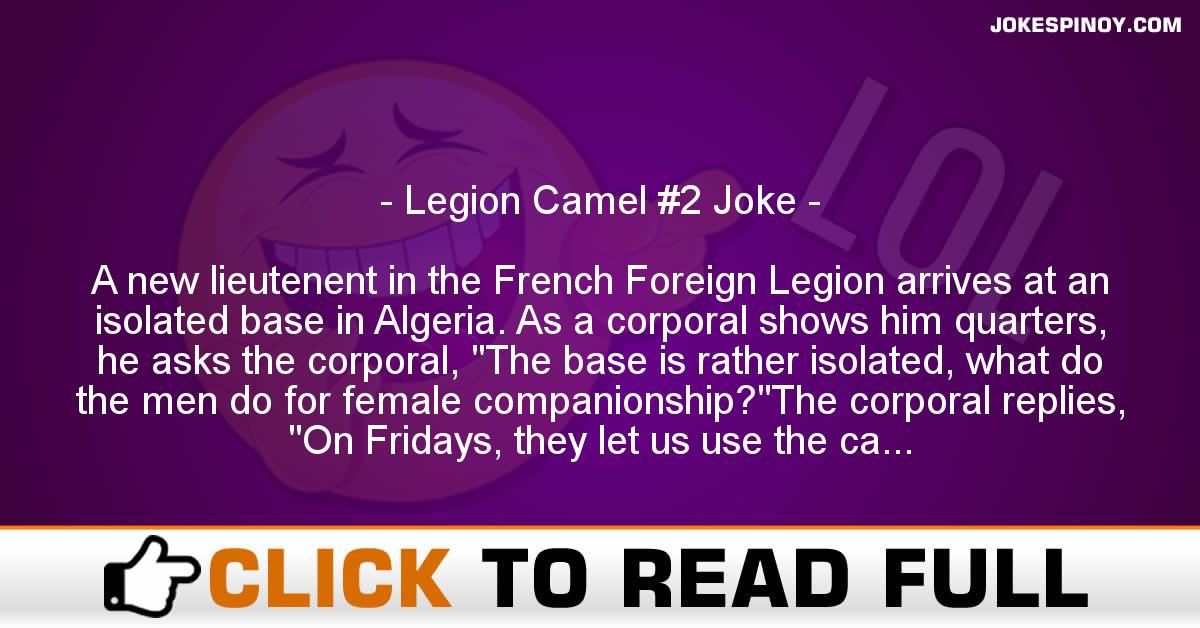 A new lieutenent in the French Foreign Legion arrives at an isolated base in Algeria. As a corporal shows him quarters, he asks the corporal, “The base is rather isolated, what do the men do for female companionship?”The corporal replies, “On Fridays, they let us use the camels.”The lieutentent is disgusted, but says nothing. After a few weeks, however, the new officer is very lonely. He decides that if everyone else is doing it, why shouldn’t he.The next friday, the young lieutentent slinks over to the camel pens and, after looking around, drops his pants and starts humping a female camel. The camel is not amused and makes a huge uproar.The same corporal comes in to investigate. “Lieutenent! What are you doing.””Come on man,” replied the embarrased officer, “You yourself told me we could use the camels on Fridays.””Yes sir,” replied the corporal. “But most of us just ride them into town.”