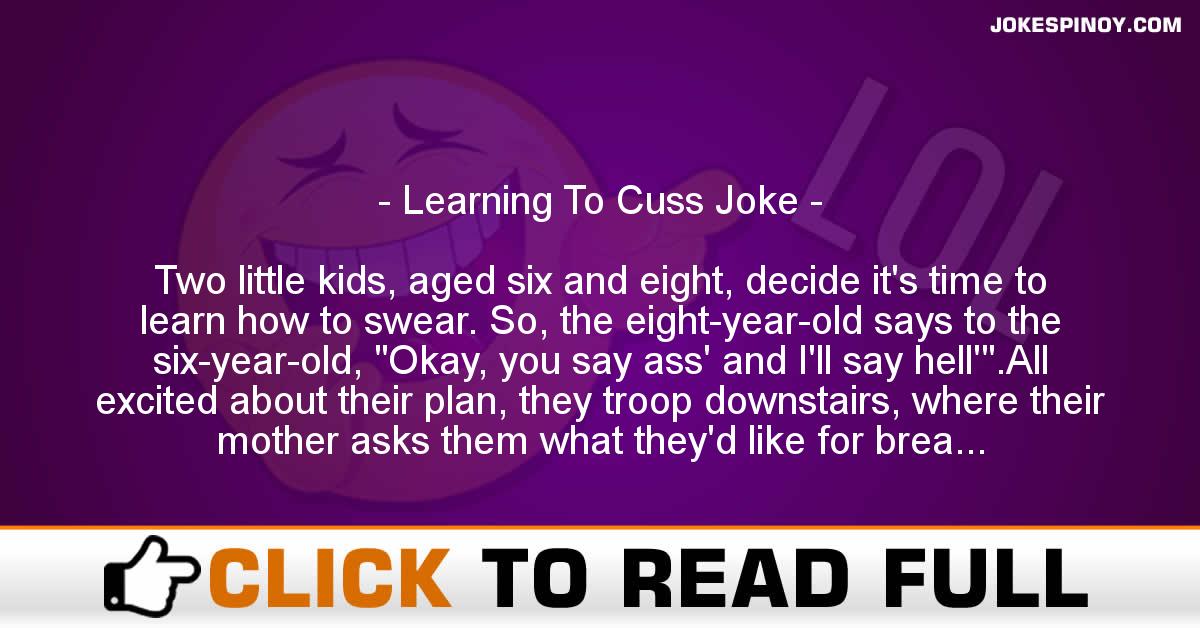 Two little kids, aged six and eight, decide it’s time to learn how to swear. So, the eight-year-old says to the six-year-old, “Okay, you say a*s’ and I’ll say hell'”.All excited about their plan, they troop downstairs, where their mother asks them what they’d like for breakfast.”Aw, hell,” says the eight-year-old, “gimme some Cheerios.”His mother backhands him off the stool, sending him bawling out of the room, and turns to the younger brother. “What’ll you have?””I dunno,” quavers the six-year-old, “but you can bet your a*s it ain’t gonna be Cheerios.”