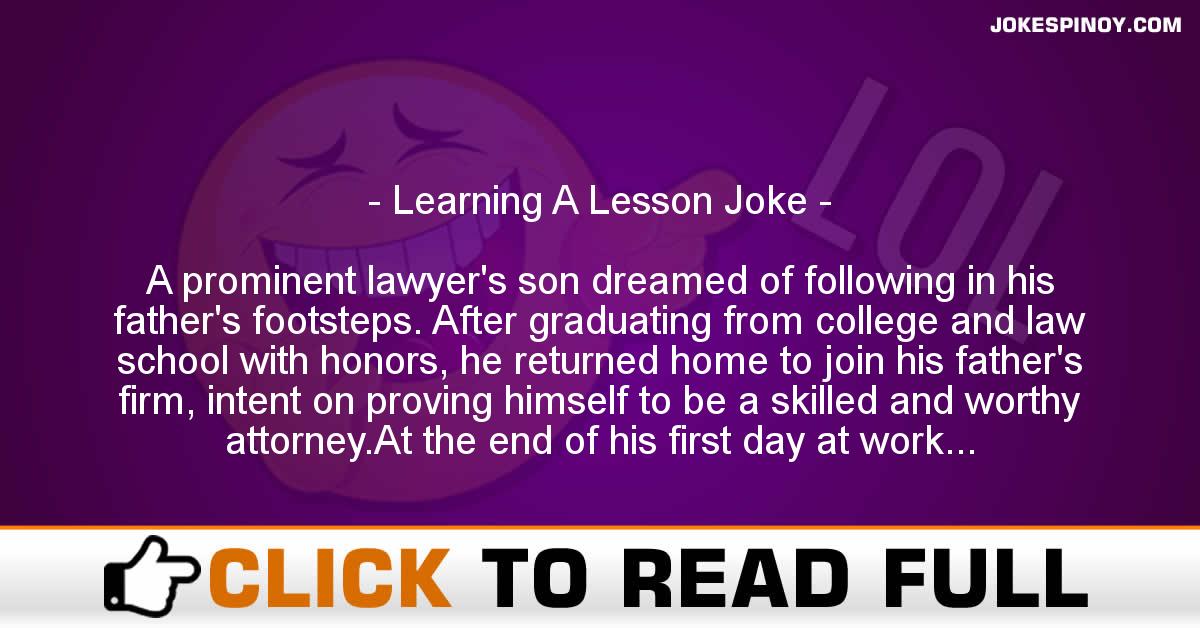 A prominent lawyer’s son dreamed of following in his father’s footsteps. After graduating from college and law school with honors, he returned home to join his father’s firm, intent on proving himself to be a skilled and worthy attorney.At the end of his first day at work he rushed into his father’s office, and said, “Father, father! The Smith case, that you always said would go on forever — the one you have been toiling on for ten years — in one single day, I settled that case and saved the client a fortune!”His father frowned, and scolded his son, “I did not say that it would go on forever, son. I said that it could go on forever. When you saw me toiling on that case for days and weeks at a time, didn’t it ever occur to you that I was billing by the hour?”